England manager Gareth Southgate is delighted to have led Three Lions to the semi-finals of the ongoing 2018 FIFA World Cup in Russia where they will clash with Croatia .

Southgate watched his side beat Sweden 2-0 in Samara on Saturday courtesy of goals from Harry Maguire in the first half and Dele Alli in the second half.

“It’s an incredible privilege to be the England manager anyway, so to be able to take the team this far and knowing the people who have done it in the past, they are people I hold in such high esteem,” Southgate in his post match interview. 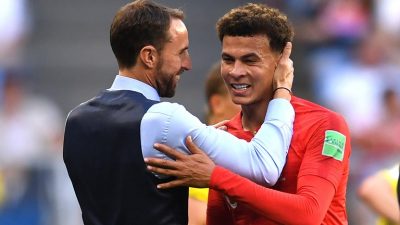 “Before the game, we wanted to be here another week. It’s up to us now which games we play in. I’m so proud of what all of the staff and players have done.

“We played an opponent whose identity is clear and whose togetherness has at times been too much for us to handle over the years.

“To come off the back of a game where we’ve had to go to the depths emotionally and physically, it was a real sign of resilience for a young team who are maturing in front of our eyes.

“We are a team who are still improving, we know where we are. We’re having success because everybody is working so hard, on the field.

“We’re also in this position because people who are in the squad like Cahill, Jones, Welbeck, Pope, Butland have been excellent in their mentality, their attitude to support the team.”

“Even if they’ve not had as much game time as they would have liked they’re one of the reasons we are where we are.”

England will face Croatia in the semi-finals in Moscow on Wednesday. 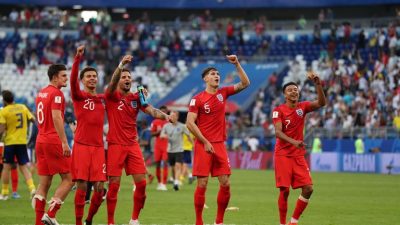