The Nigerian missed last weekend’s 1-0 loss to Birmingham City at the Bet365 Stadium due to harmstring concerns and it looks he is yet to fully recover.

Gary Rowett, Stoke City gaffer expects his side to bounce back from the defeat on Saturday but admits Etebo’s harmstring issue is a big worry.

“He (Etebo) felt his hamstring whilst he was away on international duty, and wasn’t able to train on Friday, but he is an important player for us so we will give him as much time as we possibly can,” said Rowett at his pre-match media briefing on Monday.

Etebo has appeared 11 times for Stoke in the Championship this season,starting eight of them. 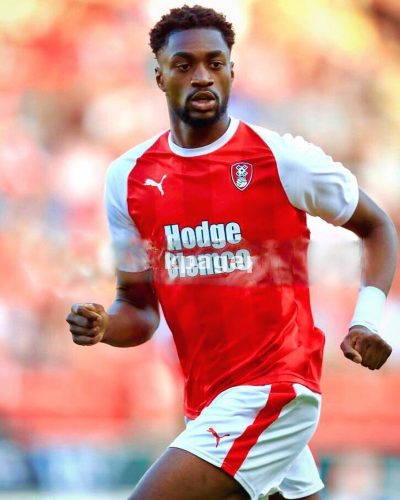 Meanwhile Nigeria defender Semi Ajayi is set to make his 14th start in 14 Championship matches when his club, Rotherham trade tackles with their host, Middlesbrough at the Riverside Stadium tonight.

Ajayi who made his Nigeria debut last month against Seychelles has featured in all of Rotherham’s games this season and even scored once-in his club’s 3-1 defeat of Wigan Athletic at the New York Stadium last August.