Etebo, according to a statement on Las Palmas official website, did not train with his teammates on Tuesday due to a muscle problem.

“Peter Etebo, did not participate in the team’s afternoon training due to muscle discomfort. He has undergone physiotherapy treatments by the medical and recovery services of the club,” reads the statement.

“Etebo, as a precaution, was also absent in the evening training of the yellow team, which was focused work on the visit to Ipurua, the last away game of the season.” 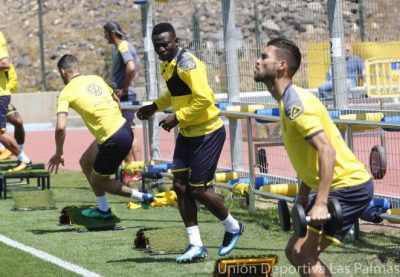 He joined the list of Nigerian players who are on the treatment table ahead of the 2018 FIFA World Cup in Russia.

The duo of Wilfred Ndidi and Tyronne Ebuehi are not currently fit to step on the pitch, while centre-back, Leon Balogun and Henry Onyekuru have just recovered from injury.