By Johnny Edward:
Nigerian striker Paul Onuachu scored his third league goal of the season for his Danish top league side FC Midtjylland in their 5-2 home win over Hobro kn Saturday, Completesportsnigeria.com reports.

The 24-year-old played for 75 minutes before he was subbed off for Mayron George. He has made nine league appearances this season. 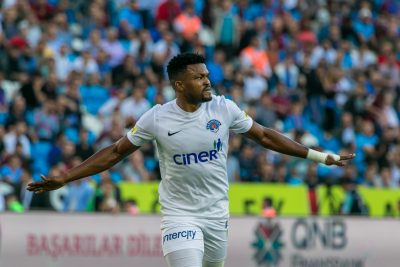 In the Turkish Super Lig, Emem Eduok bagged his second league goal of the season for Kasimpasa who lost 4-2 away to Trabzonspor. The home side paraded Super Eagles midfielder Ogenyi Onazi for the entire duration of the encounter.

Eduok shot Kasimpasa into the lead in the 30th minute before (Mahmoud Hassan) Trezeguet doubled the lead.

But a brace from Burak Yilmaz and Hugo Rodallega secured a win for Trabzonspor after two consecutive defeats.

Anthony Nwakaeme was an unused substitute for Trabzonspor in the win . 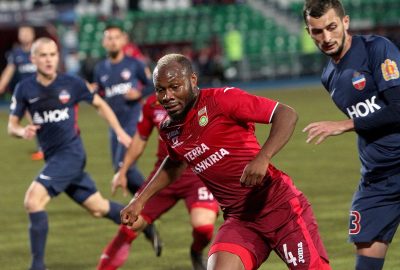 In the English Championship, Oghenekaro Etebo played for 66 minutes for Stoke City who came from 2-0 down to draw at Rotherham United who paraded Semi Ajayi for the entire duration of the encounter on Saturday.

It was the ninth game in the English Championship for Ajayi this season.

In the German Bundesliga, Anthony Ujah came on for Levin Oztunali in the 61st minute of Mainz’s 1-0 loss away to FC Schalke 04.

The game was Ujah’s fourth substitute appearance this season for Mainz. He has scored twice so far this term.

In the German Bundesliga, Jamilu Collins made his ninth league appearance for Paderborn who defeated Erzgebirge Aue 1-0 on Saturday. He was on for the entire duration of the encounter.

Samuel Kalu was not listed for Girondins Bordeaux who drew goalless away at Stade Reims in a French Ligue 1 clash on Saturday. Kalu has made five appearances and has scored once.

Stade Reims brought on Sheyi Ojo for Mathieu Cafaro in the 69th minute of the game for his fifth appearance of the season.

Efe Ambrose played all 90 minutes for Hibernian who defeated St. Mirren 1-0 away from home. It was his seventh start of the season.

In the Croatian League, Ezekiel Henty played all 90 minutes for NK Osijek who spanked Inter Zapresic 3-0. Henty who has scored three goals in nine games has failed to score in his last six games.