The Nigeria international gave Pierre-Emerick Aubameyang the assist to score the curtain raiser in the 32nd minute. Iwobi played for 70 minutes before he was subbed off for Emile Smith-Rowe. 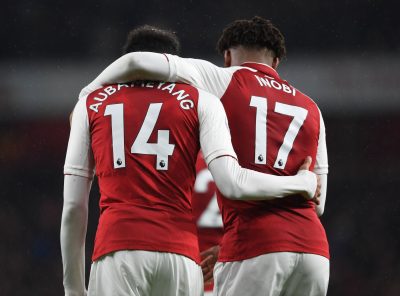 A brace from Pierre-Emerick Aubameyang, strikes from Danny Welbeck and Mesut Ozil gave the Gunners a bright start to the competition despite consolatory goals from Volodimir Chesnakov and Vyacheslav Sharpar for the visitors.

In the other group E game, Portuguese side, Sporting CP defeated Qarabag FK 2-0 to move second in the standings after matchday one.

In group C, Samuel Kalu made his debut in the UEFA Europa League for Bordeaux who lost 1-0 to Slavia Prague in Czech.

The Nigerian international featured for all 90 minutes but was yellow carded in the 74th minute of the encounter. In the other Group C match, FC Copenhagen played out a 1-1 draw at home to Zenit St Petersburg. 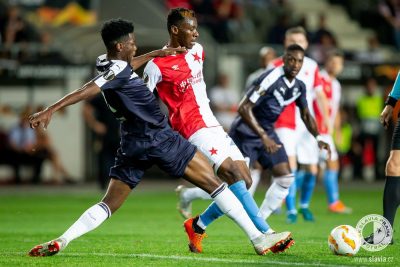 in Greece, Stephen Odey made his debut in the competition for ten-man FC Zurich who defeated AEK Larnaca 1-0. Odey failed to score in 75 minutes before he was subbed off for Assan Ceesay. Pa Modou

Jagne was sent off six minutes from time for a second bookable offence.

In the other group game, Bayer Leverkusen edged Bulgarian side, Ludogorets Razgrad 3-2 in a five-goal thriller.

In Scotland, Leigh Griffiths was the match winner for Celtic who pipped Rosenborg 1-0 in a group B clash while RasenBallsport Leipzig lost 3-2 to Salzburg in the other group game.

Turkish side, Fenerbahce lost 4-1 away to Croatian side, Dinamo Zagreb while Anderlecht lost 1-0 to Slovak side Spartak Trnava in group D.