Star Lager Beer continued its support for the Nigerian national team at the Super Eagles Dome in Lagos, as the squad faced Argentina in their final Group D game at the Russia 2018 World Cup on Tuesday in St Petersburg.

The Dome hosted thousands of passionate fans in an atmosphere of exciting football, music and games as they cheered the team all night, hoping for a positive result.

Even though the game ended in a victory for the Argentines who ended up joining Croatia from Group D in the Round of 16, viewers all over the world acknowledged the Nigerian team’s resilience, paying homage to their bravery and exciting style of play.

“The whole of Nigeria is proud tonight because our Super Eagles put up a good fight and played with their hearts. Fans have gathered here at the Super Eagles Dome to witness this great match and Star Lager is proud to be a supporter of the team and the number one supporter of millions of Nigerian football fans. We will continue to support this great team and keep rewarding the fans with amazing experiences even in the days ahead.” 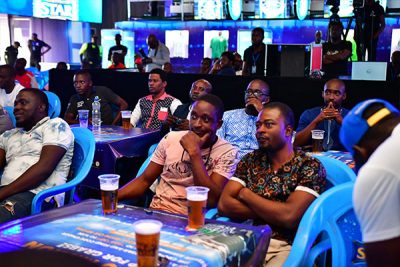 Beyond football, DJ Neptune treated attendees at the Super Eagles Dome to an exotic mix of hit songs, with the audience singing along while enjoying Star Lager. Pop star Skales, alongside the fast rising Slimcase, entertained music lovers with live performances which lifted spirits of fans who had come out on the evening expectant of a victory.

The Super Eagles Dome, a special football viewing and music experience centre at the heart of Lagos in Surulere, boasts interesting features such as a history tunnel showcasing the glorious past of the Super Eagles on LED, along with multimedia technology in the interior which gives a 360-degree experience. The venue also comes complete with a VIP lounge and a mini studio which features analysis and commentary from Nigerian football legends and pundits.

Star Lager, an iconic national premium product, brewed by Nigerian Breweries Plc, will continue to host passionate football fans at the Super Eagles Dome as the experience is scheduled to continue throughout the competition in Russia.