Super Eagles Technical adviser Gernot Rohr sure has a sense of humour, or so it seems. During the first leg of the last international double-header World Cup qualifying match against the Indomitable Lions of Cameroon at the Godswill Akpabio International Stadium in Uyo, the German-born tactician felt captain John Obi Mikel had done enough and pulled him off after 68 minutes.

In his place, Rohr sent on a young, rangy youth and, from my vantage position in the media tribune, I heard the television commentator say:

“It’s Mikel out and another Mikel in.”

The new Mikel is Ndubuisi Agu and he plays for FC Porto although he’s on a season-long loan at Bursaspor of Turkey where he’s teammates with fellow Super Eagles player William Troost-Ekong and little-known Pascal Okoli.

Agu has not always been called Mikel. The origin of the name is also pretty obvious and not one to be searced for using calculus.

“I grew up in Benin City and after the U-20 World Cup in 2005 where Mikel Obi was the star of the tournament, whenever I played street football or for my youth team back then, my friends always call me Mikel. They said I played like him and since Mikel has never been associated with any negative thing, I didn’t see any reason why I should not adopt the name. And, since then, the name has brought me good fortunes,” the 24-year old told completesportsnigeria.com of his beginnings. 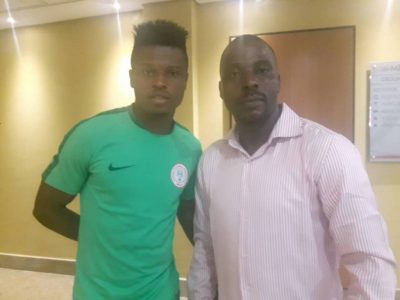 2009 was his breakout year when he was voted the Most Valuable Player at the Copa Cola tourney and, since then, he hasn’t looked back. In 2011, he moved to FC Porto where he played mostly for the B side in the Portuguese second division. A loan offer came from Belgium and he became league champions with FC Brugge in 2016.

Following season he was back Portugal but was soon shipped off to Rashidi Yekini’s former club Vitoria Setubal where he played a total of 27 ames for the club. 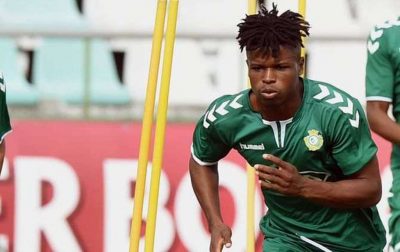 His story is enthralling to read but it didn’t play out as smoothly. There were raised hopes and dashed expectations along the line for the former Megapp FC player.

“I got invited to the U-20 and U-23 teams but things didn’t work out as I would have expected. Even at club level, I know I should have had more games for my club but sometimes in life things don’t go according to script. I keep working hard and hopefully I’m getting better at what I do,” he said.

This season he’s re-united with coach Paul Le Guen with whom he worked previously and is optimistic of doing great things in the loan period.

“I knew the coach from way back and Bursaspor are a good side. We have started the season well and, depending on how things pan out, I may make the loan deal permanent because the club have an option to buy. I’m playing regularly and enjoying my football. I could also return to Porto, it depends on a lot of factors really. I didn’t expect to go on loan in the first place but Porto have Danilo who plays in my position and he’s also in the national team of Portugal. He’s a very fine player, I must say, so I needed to make a move to where I will get to play so as to improve my game and also help my international career.” 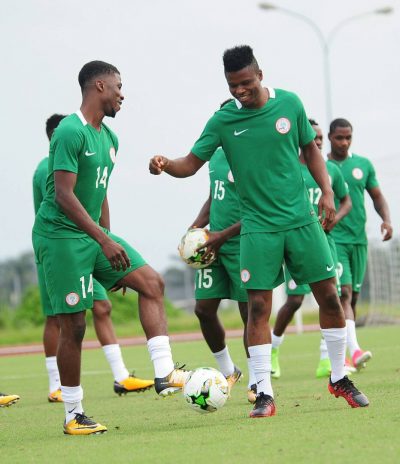 On the international front, Mikel is optimistic of a great future with the Super Eagles which he claims is loaded with fantastic players.

“Every player wants to wear the national colours because that is the highest honour you can get. Playing for a country that’s as talented in football as Nigeria is a double honour. For everyone that gets to wear the jersey, there are thousands who could do the same things you do or even do it better so it is always a privilege to represent the country. I have waited for this for long. I have had chances to play for the Golden Eaglets and the Flying Eagles but it didn’t go the way I planned but this is even a higher level than those youth teams and I count myself blessed to have this opportunity. So I want to be here for as long as I’m able to help bring success to the country,” he said brightly.

He made his debut in a 3-0 friendly win over Togo in France, playing for 83 minutes before going off for Shehu Abdulahi but coach Rohr must have seen enough to hand him another invitation when matchday 3 and 4 of the World Cup qualifiers came round last September.

And though he followed up his 22 minutes cameo in the first leg with another 25minutes run-out in Yaounde four days later, Mikel was pleased that Nigeria got the better of old foes Cameroon.

He said: “First game was a good one and a positive result for the players. When you have worked so hard and you get a very big result against one of your biggest rivals, it is natural to be happy. And it was a good one for the fans too. They deserved the result because they stood behind us all through. In Yaounde, we prepared very hard as if it was the first game and I think a draw is the least we deserved from the game. We had a positive attitude and that is what matters at the end of the day.” 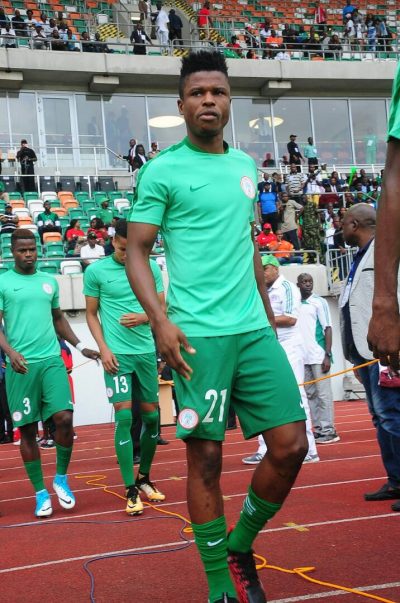 Stepping out for love of country…

Mikel is also not under any illusion that Cameroon’s Lions were pussycats on the day. He believes Nigeri won a fair contest even though the margin of the win, not the result, came as a surprise to him.

“Definitely i did not expect such a margin in the first leg even though we worked our socks off. And I’m not sure there was anybody who expected us to beat Cameroon by that margin. We wanted to win and we knew we could beat them but nobody expected it to be by such a very wide margin. We had motivation and willpower but Cameroon have a solid team. They are African champions and also played at the Confed Cup so they came into the game with loads of experience and we never expected to beat them by that margin. But that’s football. We are not compalining about the margin, are?” he asked rhetorically.

Definitely, if anybody is to complain, it won’t be me. And, hopefully, we’ll see more of Mikel in the Super Eagles for a long while. Who even says he cannot file out with his namesake?