Ezenwa: My Reaction After Rohr Told Me I Would Start Against Cameroon After two years acting as understudy, Ikechukwu Ezenwa was suddenly thrusted into the firing line as injury and sickness rendered the two ranking goalkeepers ahead of him unavailable for the 2018 World Cup qualifiers against Cameroon.

The FC IfeanyiUbah goaltender tells www.completesportsnigeria.com‘s KAYODE OGUNDARE that he’s ready to take over the job of Super Eagles first choice if the coaches select him….

Congratulations on your impressive debut for the Super Eagles. How important was this game for you?

Well, I will say it was very important for me because I have been waiting for this opportunity for long. Don’t forget I’d been understudying Carl Ikeme and then Daniel Akpeyi who are both very good goalkeepers and they are doing very well for the team if not for the injury that knocked Daniel out and Carl’s battle with leukemia. So I could say I was sufficiently prepared because I’d learnt a lot from them.

What was the first thing that came to your mind when the manager told you that you’ll be starting the game?

I just had the belief that I can do it and it’s something I’ve been expecting for a long time. When the coach announced that I will be in goal, the first thing that came to my mind was ‘Ikechukwu, you can do it‘, and by the special grace of God I did it. 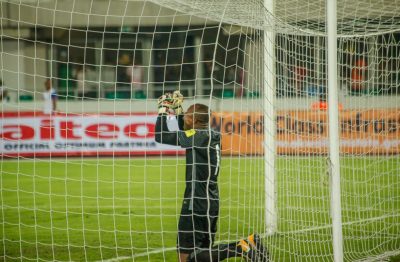 Were you not jittery that you would be making your debut against Cameroon of all teams giving their pedigree as African champions and the fact that they’re always difficult customers for Nigeria?

No, I wasn’t scared of playing against Cameroon. Football is a universal sport that speaks one language. Don’t forget I have been doing this for a long time and preparing myself for a time like this. I have played continental games for my club and also internationals for the national teams but why this is different is that it is the World Cup qualifiers so the stakes are very high. I felt no extra pressure at all.

I noticed there was an altercation between you and Cameroon striker Vincent Aboubakar in the second half that the referee had to come and intervene. What was that about?

What happened was that I normally carry my rosary around because I’m a Catholic. I loved carrying my rosary around and it didn’t just start today. I have been carrying my rosary to games since my junior national team days. I dropped the rosary inside the net and Aboubakar picked it up and threw it away. I got angry and told him that if he knew the meaning of rosary he wouldn’t have thrown it away like that. 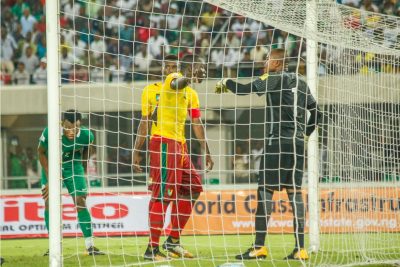 With your debut, will you now say you’re in the running for Eagles’ number one shirt

The coach will make that decision whether I’m in contention for the number one shirt or not. My own is to just play my game and help my team to win. I’m happy to be here and doing what I’m doing. Just to be focused and concentrate on my game. Let the coach make his decision about it.

As captain of the CHAN Eagles, what should Nigerians expect from that team?

We’ve gone to CHAN three times but not achieved what our pedigree deserves at the competition. This time around I want us to do better and win the competition. And I think everybody is expecting us to do so. We have qualified now and the next thing is to talk about preparations. Early preparation is key because it will not be an easy task. All eyes will be on us and, as the captain, when I go back I have to call my colleagues and talk to them that we need to give every game our best shot. We also have the WAFU Cup coming up in Ghana which will be a good test for us so I pray we go to that competition with our best form to win it.

Who, in your opinion, will pose the greatest threat to Nigeria’s hopes of winning CHAN?

CIV and Congo will always be tough and luckily we’ll play the Ivoriens in the WAFU Cup in Ghana. Its a competition that will keep us in shape so I look forward to our participation in it. 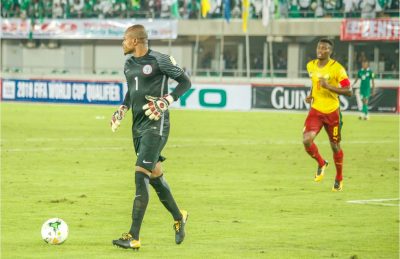 At the beginning of the season, we’d hoped to really challenge for the title but it didn’t go as planned. We’ll go back and prepare very well but we can still make something from the Aiteo Cup. We hope to defend our title even though we have seen a lot of surprises with big teams crashing out. That’s the nature of cup competitions but we hope to fight to the end.