The squad is made up of three goalkeepers, six defenders, seven midfielders and five strikers.

Nigeria will battle Haiti, China and Germany in Group D at the competition.

The Falconets’ opening match is against perennial foes Germany (who beat Nigeria in the 2010 and 2014 Final matches) at the Stade de Marville in Saint-Malo on Monday, 6th August, before clashes with Haiti at the same venue on Thursday, 9th August and against China in Dinan/Léhon’s Stade de Clos Gastel on Monday, 13th August.

The team is currently in Austria for a 12-day training exercise ahead of the tournament. 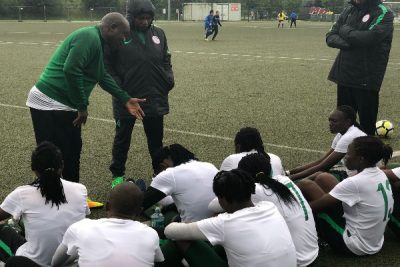 They are expected to leave Austria on August 2nd for France.