Without a doubt, the tensed final battle between Father O’Connell Science College of Niger and General Murtala Mohammed College, Adamawa on Thursday, May 10, was the highpoint of the 20th MILO Basketball Championship.

It was indeed an exciting and tight game between two talented teams at the National Stadium, Surulere, Lagos. This was the second consecutive meeting between Father O’Connell Science College of Niger and Gen. Murtala Mohammed College, Adamawa.

The boys from Niger kept scoring as they grew in confidence and ended the first quarter with a 12-point lead. Father O’Connell Science College continued from where they stopped in the second quarter but Adamawa gradually came back into the game, keeping the ball with fine rotation and scoring some points. They reduced the 12-point deficit from the first quarter in no time and were in full control. Yakubu Ibrahim of Adamawa had the first three-pointer of the game and the hall responded with loud cheer and applause.

Now in full control, Adamawa scored a point from a free throw to level just before the end of the second quarter. They started the third quarter on their front foot and went ahead on points, clearly trying to avoid the mistake of the first quarter. Niger bounced back, getting on the rebound and switching to attack at full speed to get some points.
Niger’s Aminu Usman pulled off a good block to protect their rim – his fifth block of the game.
Niger levelled up with a free throw and went into a 43-37 late lead before the end of the third quarter.
Adamawa started the fourth quarter with much of the ball again but missed most of their shots allowing Niger to score the first points of the quarter. 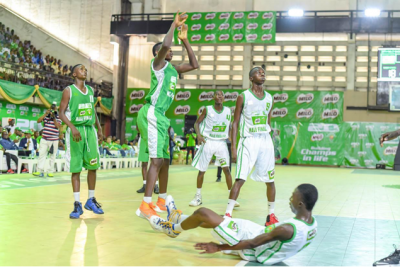 Ibrahim of Adamawa scored another three-pointer and they were level again with less than five minutes on the clock.
An unnecessary foul by Ismailia of Adamawa gave Niger a free throw which they missed. They, however, drew another foul to get a free throw from which they scored to take the lead which they protected to the end of the fourth quarter to win the 2018 title, retaining the trophy they won in 2017.
60 – 59 was the score to end the amazing final.
For Emmanuel Biodun, coach of the Father O’Connell Science College, they won the game by being more clinical which they achieved through constant practice averaging no less than six hours everyday. 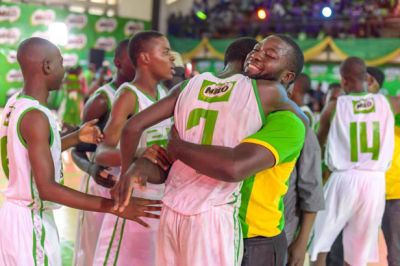 “We trained six hours daily, from 6am to 9am, came back again around 3pm to 6pm. Most of these things, we did in training,” Biodun told Pulse Sports after the game.
“God helped us because we had put in more work, we didn’t rest even on public holidays.”
Biodun who also once played in the MILO Basketball Championship said getting the rebound was key for his boys.
“We had basically all the rebounds, and a team that picks rebound usually wins the game, we picked 80% of the rebounds both offensively and defensively and that helped us.”
Coach of the Adamawa boys Dickson Tinism blamed the loss on lack of focus on the part of his boys.
“I believe we were not vigilant enough. We were doing most of the work, playing better but our opponents were taking the ball to the basket, my boys lost focus,” Monday said.