Mercedes have handed Valtteri Bottas one-year contract extension, with an option to keep him for 2020.

This deal comes 24 hours after Formula One world champion Lewis Hamilton agreed a two-year contract extension with Mercedes worth £40m, as announced on Thursday.

Bottas, who joined Mercedes before the 2017 season after the shock retirement of world champion Nico Rosberg convinced Mercedes to retain him after some strong performances in the first half of this year.

He is yet to win a race this season but despite that he is fifth in the current constructors standings with 104 points.

“Valtteri’s performances have been excellent. If not for our mistakes and his bad luck, he could be leading the drivers’ championship,” Mercedes boss Toto Wolff told the BBC.

“When we took the decision in favour of Valtteri for 2019, it wasn’t just about his undoubted speed and work ethic, but also a question of character.

“His relationship with the team, including Lewis, is open and trusting, without any politics at all. Those are the ingredients you need when you’re fighting strong rivals in both championships and they mirror the values inside the team.” 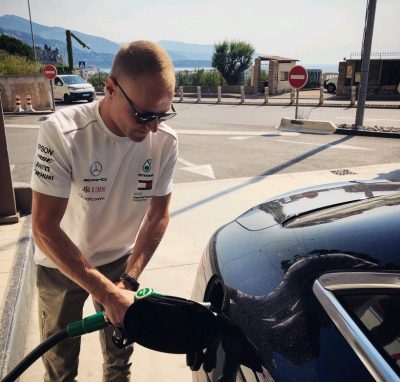 “We have not been so lucky in the races this year but the team knows how I am performing, and this is a great sign of confidence in me and my driving.”

“We have a big battle on our hands right now, so it’s good to have the future clear for everybody – it means we can have a full focus on the championship fight.”

“Obviously, my goal is to keep performing at a high level – and to make it a no-brainer for the team when it comes to deciding their plans for 2020 as well.”