HOW WILL PLATEAU UNITED FARE IN KANO?

The Nigerian champions will host Etoile du Sahel of Tunisia in their CAF Champions League, first round, second leg tie at the Sani Abacha Stadium, Kano on Sunday as against their home ground, the New Jos Stadium, and it will be interesting to see how well they will  fare at  their temporary abode.

The New Jos Stadium is still under construction and is not deemed suitable enough to host the game according to the Confederation of African Football.

Plateau United dropped points four times at home on their way to lifting the Nigeria Professional Football League title last season and defeated Eding Sports of Cameroon at the New Jos Stadium in the preliminary round.

The big question ahead of this crucial fixture is how well they will cope playing away from their home ground and will Kano fans come out in large numbers to offer them full support. 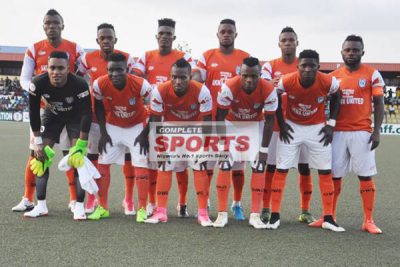 CAN AKWA UNITED END THEIR POOR HOME RECORD ON THE CONTINENT?

The Promise Keepers made their debut appearance in the CAF Confederation Cup two years ago after lifting the Aiteo Cup for the first time following a win against favourites Lobi Stars in the final.

They however failed at the preliminary round after they were knocked out by Vita Club Mokanda of Congo. The Uyo club won the first leg in Congo but lost at home to the Congolese.

This year, Abdu Maikaba’s men surprisingly lost 2-1 at home to Banjul Hawks of Gambia but overturned the deficit in the reverse fixture.

Having lost the first leg 1-0 against tomorrow’s opponent, Al Ittihad of Libya, the Uyo club must find a way of breaking the home jinx if they want to move further in the competition. 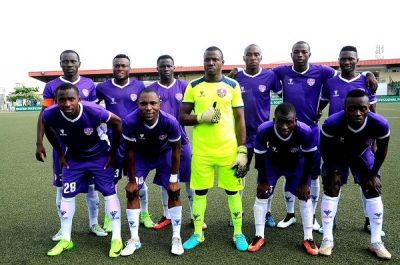 CAN MFM AVOID A THRASHING AGAINST MC ALGER?

MFM have the toughest task of all the four Nigerian teams playing on the continent. The Olukoya Boys managed to beat Algeria’s MC Alger 2-1 at the Agege Stadium last week and will need to be at their utmost best to get a positive result against their dreaded hosts.

MC Alger beat Otoho of Congo 9-0 in their last home fixture in the CAF Champions League and are firm favourites to scale through this hurdle. 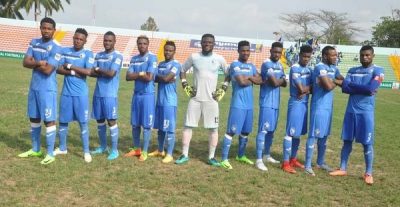 CAN ENYIMBA DO THE DOUBLE AGAINST ENERGIE FC?

That result has put the Nigerians in firm control in this game and it will be interesting to see what their approach will be in this second leg in Calabar.