France captain, Hugo Lloris, has insisted that Les Bleus are not the favourites to win the 2018 FIFA World Cup in Russia despite their impressive showing in the tournament so far.

Les Bleus defeated Uruguay 2-0 on Friday with goals from Raphael Varane and Antoine Griezmann, to book their place in the semi-finals against Belgium on Tuesday.

Tottenham Hotspur goalkeeper, Lloris, says that his team must perform better if they are to beat the Red Devils.

“I don’t think so,” the stopper told the Daily Mail  when asked if Les Bleus are favourites.

“A nation like Brazil with all its talent and history has to be the favourites and if Belgium beat them, then that fact will make them favourites. 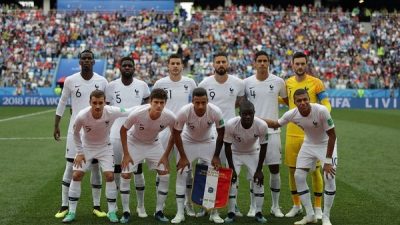 “To win the semi-final, we need to play at a better level than we did against Uruguay. We will be up against a great Belgium team with fantastic players.

“It will be a big, big fight and I hope we are ready for it.”