Gabriel Jesus picked up an injury in the 0-0 draw with Crystal Palace on Sunday that manager Pep Guardiola says could keep him out for up to two months, which has again resurrected talks of an imminent Manchester City bid for Arsenal star Alexis Sanchez.

However, a visibly irritated Arsene Wenger angrily shut down questions about the Chilean’s links with the Etihad after his side’s 1-1 draw at West Brom.

Asked if Sanchez had played his last game for Arsenal at The Hawthorns, Wenger told a news conference: “We play on Wednesday [against Chelsea].

“I have spoken many times about that. I’m not ready to talk about that some more.

“I have given you my answer many times. I don’t see why I should come back to a subject we have talked about 155 times.” 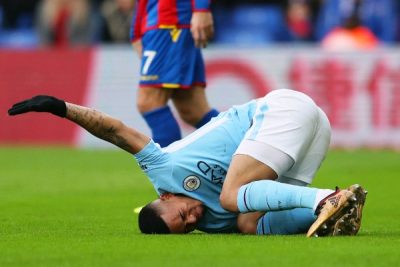 Guardiola himself stated he expects the 29-year-old to stay at the Emirates Stadium, though, and Wenger was in no mood to discuss the issue further after his side were held to a draw at West Brom courtesy of Jay Rodriguez’s controversial late penalty.

Wenger also hit back at club legend Thierry Henry after his suggestion that Arsenal players’ mixed celebrations during the 3-1 win at Crystal Palace this week pointed to a dressing-room rift caused by Sanchez’s uncertain future.

“It was never a problem inside [the club],” he said. “I don’t listen to what he says and other people says.

“We focus on our own problems, that’s the only thing.