By Sab Ekeh in Cologne:

German football fans here are in shock and disbelief following their team’s first round exit from the Russia 2018 World Cup, Completesportsnigeria.com reports.

For a country with a rich football pedigree, the defeat made history because the last time Germany were eliminated this early in the World Cup was in 1938, at the round of last 16 in Switzerland.

Having won the World Cup in Brazil 2014 and later the Confederations Cup for the first time, the German media succeeded in making the country believe that the 2018 World Cup in Russia was theirs. Most publications and media talk here after the draw for this year’s World Cup was that things were going in the right direction for the national team.

The coach, Joahim Low, and his team carried on as if there were no problems to be addressed, except for the controversal exclusion of Manchester City star Leroy Sane. However, there were some distractions, like when Turkish President Erdogan scored against German politics by posing in a photo with two German national team players of Turkish descent, Mesut Ozil and Ilkay Gundogan. There was an outrage in Germany questioning why the two players took such a photo with a Turkish leader who does not share the same values of democracy, freedom of speech and the rule of law as the Germans.

Many German politicians and prominent Germans called for the exclusion of the two players from the national team.This was the atmosphere surrounding the German team before the start of the World Cup.

However, before the World Cup kick-off, there had been ample signs that German national team were not what they used to be as they were defeated by Austria, who did not qualify for the tournament, and Brazil, who Germany had last defeated in a historic 7-1 at the last World Cup in 2014.

With all of this, the German team still turned up with a sense of arrogance hoping to win the World Cup back to back. Having fumbled from their first group game against Mexico and scraped past Sweden with a last-gasp winner, Germany’s last hope of progressing to the knockout rounds of the tournament rested on defeating South Korea with a minimum of two goals, which was not to be. 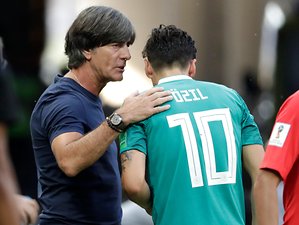 Rather, South Korea turned out to beat them 2-0.

For many German football fans, this is the right time to bundle the coach, Joahim Low, into the dustbin of history and leave him there to rot.

As the game between Germany and South Korea was going on, the entire city here in Cologne was empty and it may have been the same for other German cities.

At the final whistle, a lady wrote to the broadcast station of the match, ZDF, to say that the streets were empty and silent and that the only thing one heard was the cry of football fans, everywhere. The moderator read the letter out on live television.

Many are now calling for the team to be disbanded, for them to begin afresh. Some ex-players like Oliver Kahn, who has been a vocal as analyst on ZDF TV, have been dishing out blame to any body who comes within their radar. Khan thinks the Bundesliga has a rich pool of talents to build a new national team from. 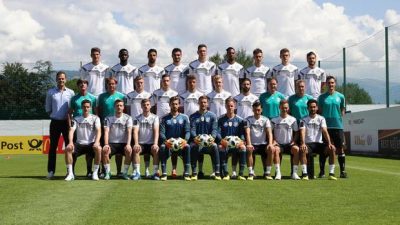 For the ordinary Germans who have been deeply affected, the national team that went to Russia lacked cohesion, energy and they under-rated opponents. They were to pay dearly for that as a competition that started with so much expectation and fanfare ended so quickly like a funeral.