With the Super Eagles set to face Argentina  in a crucial 2018 FIFA World Cup  Group D fixture at the Krestovsky Stadium, St Petersburg on Tuesday, Completesportsnigeria. com’s ADEBOYE AMOSU recommends five things the Super Eagles must do away with in the encounter…

The Super Eagles have been notorious for their slow starts in their recent outings which has cost them dearly. In the 2-1 friendly defeat against England at the Wembley Stadium last  month, Gernot Rohr’s men were completely outplayed by their hosts in the first half and managed to pull a goal back after conceding twice before the break.
They didn’t get going early enough in their next game  against Czech Republic in Vienna and lost 1-0.
Against, Iceland at the Volgograd Arena last Friday, the Super Eagles only woke up from their slumber after the break following a shambolic first half display.
With the stakes much higher now against an Argentina team that have the prodigiously talented  Lionel Messi in their ranks and who are desperate to progress into the knock out stages, the Super Eagles cannot afford any slip up from the start.

MUST NOT PLAY WITH FEAR

Argentina have  a  great reputation as one of the biggest footballing nations in the world but have failed to live up to that at the 2018 FIFA World Cup in Russia after securing just one point from two games.
Iceland showed they are not invincible even with the presence of Lionel Messi and took a point off them while Croatia exposed their vulnerability by handing them a 3-0 hammering.
The Super Eagles must play with boldness against the Albiceleste  and not give them too much respect. 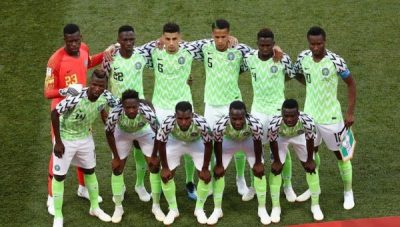 The Super Eagles sit in second position in Group D with three points and a draw against Jorge Sampaoli’s men might just be enough to see them progress into the next round depending on the outcome of the game between Iceland and Croatia.
Croatia coach, Jorge Sampaoli, has hinted that he will play a  second string side in the other group game against Iceland, a wake up call for the Super Eagles to give their all and go all out for a win against Argentina.
So, they must be positive in their approach from the start and take the game to the Argentines.

FORGET THE WIN AGAINST ICELAND  AND DON’T GET COMPLACENT

The 2-0 win against Iceland was no doubt a big lift for the team and that superb second half performance showed the quality of players at the coach’s disposal but they need to forget that game and focus on the task at hand.
The stakes are higher this time around and Argentina also have more quality players compared to Iceland. La Albiceleste’s pride and reputation is on the line and they will give everything to regain their lost pride especially after that battering at the hands of Croatia.
The Super Eagles must realise what is at stake and focus entirely on the game and not throw away everything after putting in so much in the last game.

Argentina will no doubt employ all the tricks in the book to win this game and the Super Eagles must be wary of that. The Albiceleste have one of the deadliest set piece specialists  in Lionel Messi in their team. So, it is imperative for the Super Eagles not to play into their hands by conceding needless fouls around the box