There was a sense of trepidation when Manchester United fans arrived in Turin for their team’s Champions League clash with Juventus this week. Having been schooled by Max Allegri’s men a couple of weeks earlier at Old Trafford, the omens were not good for United getting a result in a stadium were Juventus had only tasted defeat three times before in the Champions League. The Allianz Arena has been a fortress for the Old Lady and United were visiting the home of the Champions League betting favourites.

Strangely, Jose Mourinho, so often cutting an irascible figure as the focal point for United’s woes, looked quite relaxed, as if the pressure was off. Turns out that United fans had no need to worry, with Mourinho getting his tactics spot on to lead his team to a 2-1 victory. Yes, United could count themselves lucky, as Juventus had their chances, but it was one of those performances, both tenacious and patient, that deserved a bit of luck.

Knockout stages within reach for United

United now find themselves in a strong position to qualify from Group H, perhaps even as winners. That didn’t look likely when Cristiano Ronaldo opened the scoring against his old club on Wednesday night. Mourinho and his side will be well aware that one good result does not change the complexion of a season. Moreover, this is being written a couple of days before United meet their neighbours Man City in the Premier League. A heavy defeat at the Etihad could erase the good feeling of United’s “Italian Job”.

United’s problems have been well documented this season, with three Premier League defeats already, meaning they currently sit in 7th position in the Premier League, nine points behind

Manchester City. But things have been a little better of late. Come-from-behind wins, so often the hallmark of Sir Alex Ferguson’s United teams, have come against Newcastle, Bournemouth and, now, Juventus. All saw injury time winners for the Red Devils.

Of course, United are still a work in progress and have several flaws. Consider how bookmakers have priced them for various competitions: In the Premier League, United are given odds of 100/1 by Bet Victor, with leaders Manchester City priced at just 1/3. For a Top 4 finish, surely the minimum requirement laid down by Mourinho’s bosses, Bet365 have given them odds of 11/4. Catching City is a tough ask, but surely there is some value in backing United to finish in the Champions League spots?

The Champions League betting is perhaps more intriguing. Juventus were favourites for the competition before Wednesday’s game, but have dropped back to 6/1 (Man City are now 10/3 favourites) after the defeat. United can still be found at 33/1 with Betfair. That’s fairly generous, especially when stakes can be supplemented with the best free bets from major bookies.

Is it a step too far to say that United are good enough to rein in Manchester City, or do something spectacular in the Champions League? Perhaps. The side still has some serious deficiencies, including a lack of quality at centre back and on the flanks. However, there are certainly some green shoots about the performances of late. Anthony Martial has finally started to deliver on his potential, whereas Paul Pogba seems to have buried the hatchet with Jose Mourinho. Alexis Sanchez, while perhaps not firing, certainly looks fit. 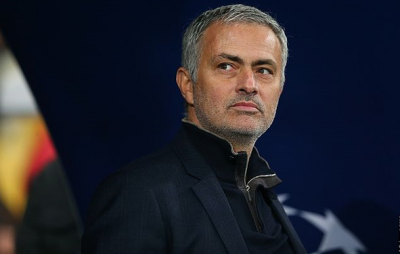 Above all though, there seems to be a spirit around Manchester United again. The great teams of Ferguson claimed that they were never beaten in a match, they might simply run out of time. Recent results have hinted that this team is starting to find that attitude. They aren’t there yet, but perhaps they care closer than some think.