The 2026 FIFA World Cup has been awarded to the joint bid of United States of America, Mexico and Canada by the executive committee of the world governing body after a vote at the 69th FIFA Congress in Moscow on Wednesday.

The United Bid received 134 votes, Morocco received 65 votes while one country voted for neither.

A total of 210 members were present and eligible to vote but seven abstained. They are the four countries directly involved (USA, Canada, Mexico and Morocco) and three US-governed territories (Guam, Puerto Rico, American Samoa and the US Virgin Islands).

Both bids were permitted to make a presentation for 15 minutes to the FIFA members immediately before the vote.

The highlight of the United Bid featured a youth team player from each of the three nations, beginning with a moving tale by 17-year-old Canadian Alphonso Davies, who spoke about how his family had been welcomed after fleeing civil war in Africa.

Morocco’s presentation took some not-so-subtle shots at the US, highlighting the fact that guns are banned in Morocco and stating that during the 1994 World Cup even world-renowned soccer stars were unknown in America.

The next FIFA Congress which will be the 69th is scheduled for Paris on 5 June, 2019. 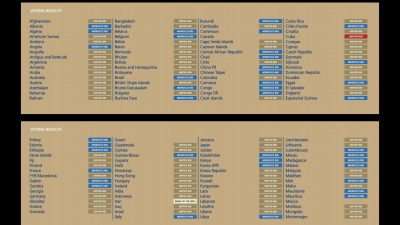 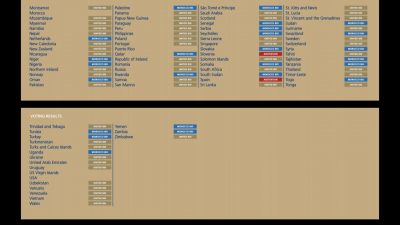