Goals from Aaron Mooy and Laurent Depoitre handed Huddersfield Town their third win of the campaign. Marcus Rashford pulled one back for United.

It was Huddersfield Town’s first win over Manchester United in 65 years.

Jose Mourinho’s men were punished for sloppy play in midfield when Juan Mata gave the ball away on the halfway line and from the attack Mooy, who continued his run, to finished off the rebound after Tom Ince’s shot was saved. 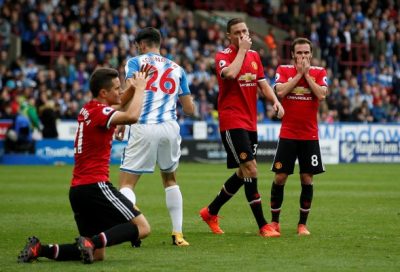 Depoitre doubled his side’s lead in the 33rd minute, capitalising on poor defending by Victor Lindelof to round David De Gea for the Terriers’ second goal.

At the start of the second half, Mourinho took off Anthony Martial and Juan Mata in place of Henrik Mkitariyan and Marcus Rashford.

The latter with ten minutes left to play pulled a goal back for Manchester United, heading in Romelu Lukaku’s cross from the right flank.

Chris Smalling had a chance at the death to equalise but his shot was blocked. 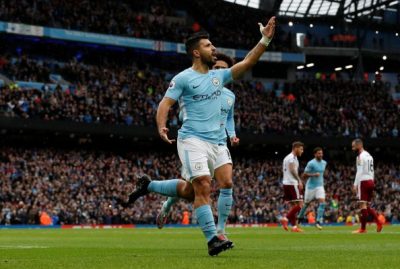 At the Ethiad Stadium, Sergio Aguero made a scoring return for Manchester City who continued their impressive start to the season by defeating Burnley 3-0. It was Burnley’s first defeat away from home this season.

Aguero scored the opener from the spot in the 30th minute to equal the goalscoring record of 177 goals set by Eric Brook. 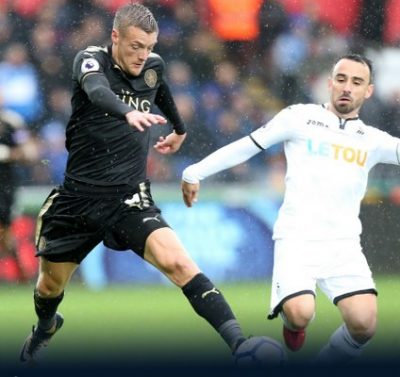 At the Liberty Stadium, Wilfred Ndidi made his ninth start for Leicester City who recorded their second win by defeating Swansea 2-1. His compatriot Kelechi Iheanacho was an unused substitute while Ahmed Musa was missing from the match-day squad for the ninth consecutive game in the EPL.

An own goal from Federico Fernandez gave Leicester City the lead. Shinji Okazaki made it 2-0, diverting in Riyad Mahrez’s volley across the goal but Alfie Mawson grabbed a consolatory goal.

The win was the Foxes’ first under caretaker manager Michael Appleton in his first game in charge.