Nigeria’s D’Tigress, coach Otis Hughley, believes there’s still more lapses to be corrected in his team despite their landslide victory over Lady Hoopsters in a friendly game, reports Completesportsnigeria.com.

D’Tigress stepped up their preparation for the 2018 FIBA Women’s Basketball World Cup in Tenerife, Spain by defeating Lady Hoopsters 130-33 in a friendly on Sunday and Hughley has urged his team to be more focused.

“We still need to do more defensively, but we will get better with more focus there’s still more work to be done,” Hughley told the media after D’Tigress’ training in Lagos.

“There are still a lot of things to work on. The practice session is just revelatory. It revealed the things that we need to look at and fix and when we go back to practice, we will take our time. We will fix it in part and put it together and fix it as a whole.”

The D’Tigress will travel to Turkey to play some friendly matches before the the 2018 FIBA Women’s Basketball World Cup kicks off. 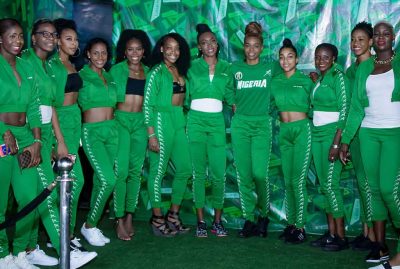 “I just want to win. I’m a winner, I associate myself with winners and Nigeria has the makings of being big time winners through the years. We want to make a statement. We can’t say how good they (the D’Tigress) are now but how good they can be.”

The reigning African champions will take on Group B opponents Australia, Turkey and Argentina in their second World Cup appearance. Nigeria’s debut appearance in FIBA’s premier international tournament for women’s national basketball teams was in Brazil in 2006.