Iceland coach, Heimir Hallgrimsson, is confident his side will advance to the Round of 16 at the 2018 FIFA World Cup from the Group D that has pitted them against tough opponents like Argentina, Nigeria and Croatia.

With just a population of 340,000 and a pool of only around 100 professional footballers, Iceland are the smallest country to have qualified for the FIFA World Cup.

They will open their World Cup campaign with a difficult game against Argentina on June 16.

Speaking in an interview with Reuters at the FIFA Museum, Hallgrimsson stated that Iceland look to replicate their 2016 European Championship where they got to the quarter-finals.

“They are going to be a tough three games against teams who all have big experience at the World Cup and we have none. But at Euro 2016, we played our best games against the big teams. 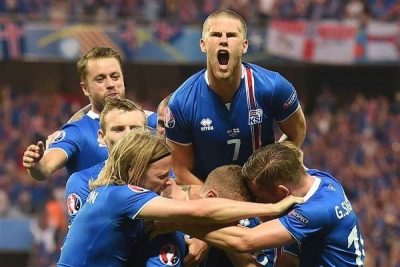 “Our goal is to progress from the group, and because our group is so strong, if we qualify we shouldn’t fear any opponent after that. We won’t come across many better teams than those three.

“Success is not just about going to the World Cup and how we perform there. It’s a continuous journey in the right direction.”