Debutants Iceland will name their final squad for the 2018 FIFA World Cup in Russia on Friday, Completesportsnigeria.com reports.

The modest European nation are in Group D along with Nigeria, two-time world champions, Argentina and 1998 semi-finalists, Croatia.

They will face Lionel Messi’s Argentina in their first ever game at the mundial on June 16 and then take on the Super Eagles in their second game in Volgograd six days later.

Their last group game is against fellow Europeans Croatia on June 26. 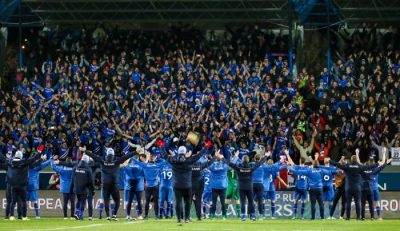 ” Friday is the big day.
👀 The day we announce our final squad for the @FIFAWorldCup,” reads a tweet on the official Twitter handle of the Iceland Football Federation on Wednesday.

Heimir Hallgrimsson’s team has lined up a friendly match against the Black Stars of Ghana on June 7 in Reykjavik to get a first hand knowledge on the the playing style of the Super Eagles.