Going into the the last fixture of the season, Chelsea needed to beat Newcastle and hope Liverpool lose at Anfield to Brighton and Hove Albion.

But it was Newcastle who emerged deserved winners thanks to goals from Dwight Gayle (23rd minute) and Ayoze Perez (59th, 63rd minutes).

The result means Chelsea finished fifth on 70 points and pick up a Europa League ticket.

At Anfield, Liverpool confirmed their place in next season’s Champions League with a convincing 4-0 win against Brighton. 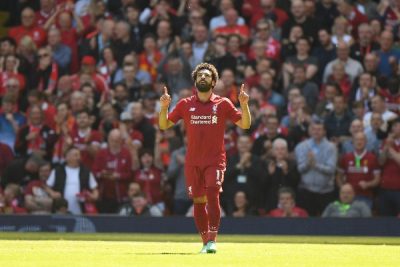 Salah’s goal against Brighton means he has now broken the record for the most goals scored ever in a 38-match season as he netted his 32nd of the season.

Liverpool finished the season in fourth on 70 points and earned a Champions League berth.

Swansea needed a wide goal margin against Stoke and needed Manchester City to also inflict a heavy defeat on Southampton at St. Mary’s which eventually ended 1-0 in favour of the league champions. 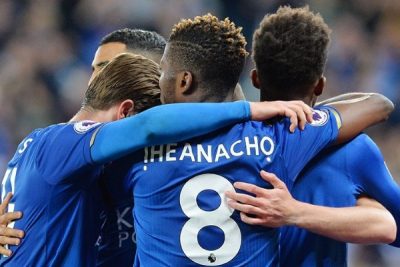 It was a thriller at Wembley Stadium as Super Eagles forward Kelechi Iheanacho scored but it was not enough as Tottenham Hotspur edged Leicester City 5-4.

Iheanacho scored a superb long range strike on 48 minutes to put Leicester 3-1 ahead.

Jamie Vardy (4th, 73rd minutes) and Riyad Mahrez (16th minute) were the other scorers for Leicester.

Spurs ended the season in The third position on 77 points and automatic qualification to the Champions League next season. 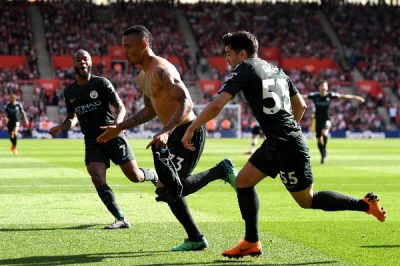 Pierre-Emerick Aubameyang scored the only goal for Arsenal in the 38th minute off an assist from Aaron Ramsey.

Alex Iwobi made his 26th appearance for Arsenal in the game against Huddersfield.

Arsenal ended the season in sixth on 63 points and join Chelsea as qualifiers for next season’s Europa League.

At Old Trafford, Manchester United beat Watford 1-0 in what was Michael Carrick’s final game before retiring from professional football.

In other results on the final day of the season, West Ham beat visiting Everton 3-1, Crystal Palace signed out with a 2-0 win against already relegated West Bromwich Albion while Bournemouth beat Burnley 2-1 at Turf Moor.