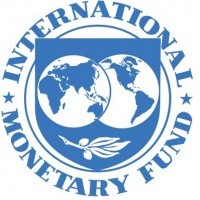 The near term macroeconomic outlook remains favorable, although there are considerable downside risks from the fragile security conditions, commodity prices changes, and weather conditions; program implementation is broadly on track.

On December 10, 2018, the Executive Board of the International Monetary Fund (IMF) completed the Tenth Review of Mali’s performance under an economic program supported by an Extended Credit Facility (ECF) arrangement. [1]Completion of the review enables the immediate disbursement of SDR 31.65 million (about US$43.85 million), bringing total disbursements under the arrangement to SDR 186.6 million (about US$ 258.53 million) or 100 percent of quota.

“Mali’s economic performance over the course of the ECF‑supported program has been broadly positive. Macroeconomic stability has been restored under difficult circumstances marked by persistent insecurity, volatile commodity prices, and adverse weather conditions. While the ECF‑supported program catalyzed financing from international donors, the authorities’ reforms over the last five years helped create the foundations for solid growth and subdued inflation. However, meaningfully reducing poverty has remained a challenge.

“Program implementation was broadly on track at end‑June 2018, although progress on structural reforms has been slower than expected. The authorities are taking important steps to address the tax revenue shortfall in 2018, including through intensified revenue collection and spending cuts.

“To build upon and sustain the progress achieved, the authorities should pursue the structural reforms set in motion during the program to promote private activity, economic diversification, and foster sustained, inclusive growth.”

CAFCL/CC: Rivers United, Bayelsa United Advance Into Next Round

Simon Nominated For Nantes MOTM Award After Win At Angers

Serie A: Okereke Caged In Venezia’s Defeat To Spezia