Former Super Eagles defensive midfielder Moses Kpakor says the only way Nigeria will qualify for Second Round from the Group D at the 2018 FIFA World Cup in Russia is to play fast-paced attacking football, especiacially in their first match against Croatia on June 16. In this interview with Completesportsnigeria.com’s  RICHARD JIDEAKA, Kpakor reiterates that beating Croatia on the opening day of Group D  will be key to Nigeria reaching the Second Round from where he believes the Eagles can go all the way with mother luck to win the title.
CSN: What is your take on the 30-man provisional list for the World Cup selected by the Super Eagles technical crew led by Gernot  Rohr?
Kpakor: I believe the 30 man provisional list made by the Super Eagles coach Gernot Rohr is good, and without any surprise  exclusions because the coach has used so many of players since his arrival in Nigeria and has rated them correctly based on which player fits his philosophy and tactics
Rohr invited only three players from the domestic league. Is it fair to the league?
Of course, the coach is very fair to the local players, considering the poor showing of our players and teams in the African competitions over years. He has seen them play at WAFU and CHAN competitions before picking the three. Our domestic league players must raise their game to merit more places in the Super Eagles squad
Is this Super Eagles a complete team and what are their strength and weaknesses?
This squad is a young one and can only get better with proper handling. Their strength is in their youthfulness and great bonding. My greatest concern however, for the team is goalkeeping, and my sensible fear is where we might have a massive disappointment. I am greatly worried that Vincent Enyeama was not drafted into the team. He has the experience which is acknowledged as the “best teacher”. The four  goalkeepers listed are are not bad but one of them can become a national hero by rising to the occasion in Russia. 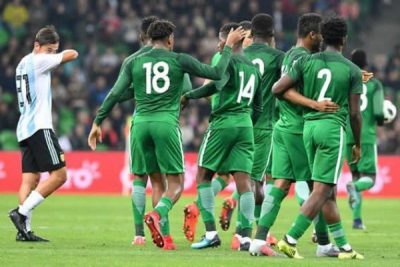 How far do you think the Super Eagles can go at the 2018 World Cup?
I have two opinions; that the Super Eagles might get beyond the Second Round and that  they might be out in the first round if we are not that lucky enough with the near average shape of the goalkeepers.
If we make it to the second round, we can ruffle some feathers and go all the way.
Who among the Super Eagles players do you think will stand out in Russia?
Like I pointed out earlier, these set of Eagles don’t have  top quality players, but they have youth and togetherness. In Russia, Mikel Obi’s experience will be valuable. Victor Moses and Wilfred Ndidi are players who could stand out for Nigeria in Russia
What is your advice to Rohr on team selection and tactics?
On team selection, the coach knows the players better than those of us outside. I want him to select the best always and should not underrate any team.
On the approach to matches, I think we should play all attacking football which had always been our fantasy and weapon at all previous world cup we have played. This because we have players with the steam to attack more and more. We are more dangerous a team when we attack with speed and accuracy. 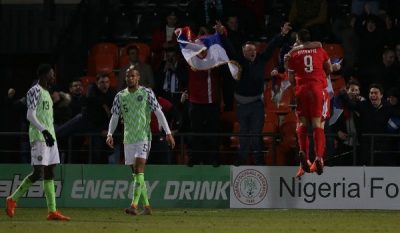 Amaju Pinnick, the NFF boss is of the view that the Super Eagles can win the World Cup, do you agree? And is this the World Cup that an African country will win?
He has the right to dream because there is no longer minnows in world football. Of course, we have what it takes to win the World Cup because we have young talented players who are hungry for success and can turn the table against the best in the world, especially if mother luck or god of soccer go in our favour. Mother luck is the most efficient principle in winning any competition.
As for an  African country winning the world cup  this time, I don’t really think we can win it now, but we are getting there.
I think Africa lost her chances of winning a World Cup some years ago. Now we have too many players playing in Europe  and are well known. So Africa has lost its surprise packages and that element of being unknown, as well as our physical playing style.
How do you rate the Nigerian league, organization and standard of play?
The Nigerian league is the largest in Africa, but it lacks or has lost the technical and tactical impetus of a great league. That in turn has reduced our ambitious  players in today’s league to the average status as professionals. Organization has improved but the standard of play is still poor.
Are you done with coaching or you  hope to return soon to boost the game?
Of course, I am done with coaching at the club and national team levels at the moment. I have had numerous sad and disappointing experiences in my career as a coach that nearly developed into hatred for the sport that made me who and what I am today. 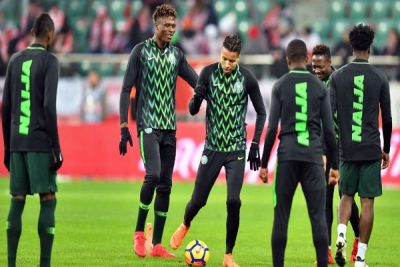 My consolation is when people see me and tell me “thank you” for what you did as a footballer. I feel honoured and lifted, and then thank football too. Well, I will still be involved in football, but this time around I would be coaching the coaches, players and management officials by holding lectures, seminars and paper presentations and so on. That’s what I have been preparing myself for at the Benue State University in the past six years, and I thank the management and lecturers of this institution for the cooperation I have received so far. I am greatly indebted to this institution, which has made me to once again feel important as a human being.
Can one compare this set of Eagles with the USA’94 set which you belong?
Hahaha, no, not anywhere close to the USA ’94 squad, which is our all time great team which was rated 5th best team in the world and second most attacking team in the world by FIFA. This  set can only get better with time.
How well has Nigeria football improved?
Today, we have by far better playing facilities and equipment, a bit improved in officiating, players’ welfare and sponsorship. But unfortunately,  management at the club level remains a serious impediment or threat to club football because most of the club officials on the management and boards do not have the required educational qualification in their respective roles in the clubs. We hardly have a professional club with well developed organizational structure and design, by which job tasks are divided, grouped and coordinated and roles of officials or staff are well spelt out or specified.
If we have qualified people in place as there are media officers, team doctors and nurses, accountants and so on, that will be a giant step towards true professionalism at the club level.
Who do you think will win the 2018 FIFA World Cup?
Germany look most likely to retain the cup because they have the most stable team. If they don’t, I give it to Brazil.
Copyright © 2020 Completesports.com All rights reserved. The information contained in Completesports.com may not be published, broadcast, rewritten, or redistributed without the prior written authority of Completesports.com.