Super Eagles midfielder Ogenyi Onazi reveals in this exclusive Interview with Completesportsnigeria.com’s JOHNNY EDWARD, how the team handled their heartbreaking exit from the Russia 2018 FIFA World Cup and looks forward to their next assignments, hoping the Amaju Pinnick, Chris Giwa Nigeria Football Federation crisis will not derail their plans to qualify for their first Africa Cup of Nations since 2013. Excerpts…. 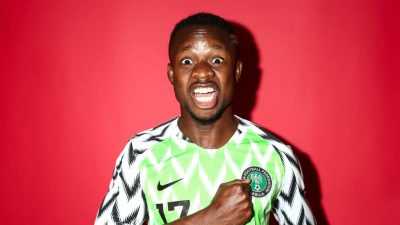 You were one of the key players during the 2018 FIFA World Cup qualifiers for the Super Eagles of Nigeria, but unfortunately, you didn’t play a single match in Russia. How devastating was that?

Well, we thank God for everything. When we started the qualifiers we did all we could to put the country first to ensure we qualified without any problems. It was perfect, but getting to the World Cup things began to change.

In all situations I always give thanks to God. We went to the World Cup and things weren’t the way they should be but it’s all good. We’ve done our best and we have to be positive for the next one to come. I must confess it was disappointing.

The Super Eagles were just minutes away from securing another round of 16 place in the competition until Marcos Rojo scored that late winner for Argentina. What was it like on the substitutes bench before and after the goal was scored?

It was very disappointing. As at that time, I was warming up to be introduced. I was also shouting at the second assistant coach for them to make changes to defend and make sure we secured the draw.

We tried to get a goal but it was too late. We were just unlucky because we had more talents in our squad to the World Cup in Russia not to have reached the round of 16. 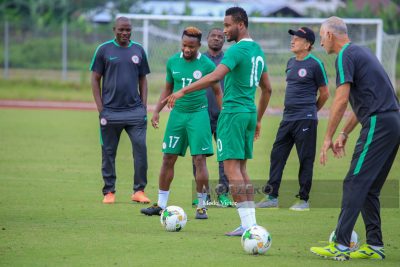 Brazil, France, Belgium and Croatia are the remaining teams at the World Cup, which team do you tip to win? I know you have a soft spot for the English because I know you crave to play in the English Premier League?

It’s quite difficult to call. All four teams left in the tournament are good teams and it will take a team that will go the extra mile to win this World Cup. They all look good to win it but let’s see how the games will go.

You were linked with a move away from Trabzonspor last season, will you be staying at the club this season?

I really don’t know. There are offers but I need to sit down with my manager to work something out.

The Super Eagles will play Seychelles in a 2019 African Cup of Nations qualifiers in Victoria in September. What must be done for Nigeria to win that game following the team’s painful exit at the 2018 FIFA World Cup in Russia?

For now everybody is shattered. It was a disappointing World Cup for me. I think we just need to bring ourselves back together and hope the issues with the Federations don’t affect our preparations.

The most important thing is to put the country first. Other personal issues should not derail our ambition to qualify for the Africa Cup of Nations. We missed the last two editions and we must raise ourselves to beat the odds and qualify for the tournament.