Super Eagles winger, Alex Iwobi, has made the top 10 shortlist for the African Player of the Year for the forthcoming CAF AWards 2018 while Ahmed Musa failied to make the cut, reports Completesportsnigeria.com.

Liverpool star Mohamed Salah who won the honour in 2017 after a sizzling season for the English Premier League side is also among the nominees in the shortlist. 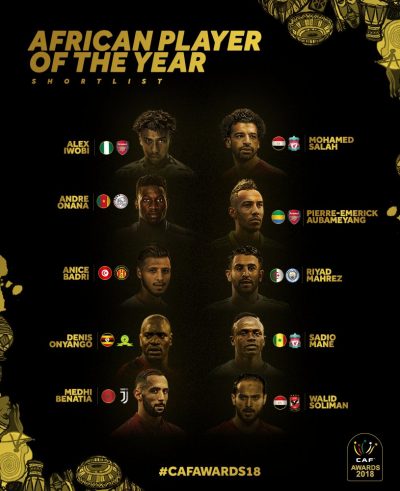 Musa, who was Nigeria’s star performer at the 2018 FIFA World Cup in Russia has enjoyed a fantastic debut season in the Saudi Professional Football League with Al Nassr was a surprise omission from the list.

Another Super Eagles player, Wilfred Ndidi is in the running for the Youth Player of the Year for CAF Awards 2018.

The Leicester City midfielder will slug it out with Morocco ‘ s Achraf Hakimi and Franck Kessie of Ivory Coast for the prize.

In the Women’s category of the CAF Awards 2018, Asisat Oshoala, Francisca Ordega and Onome Ebi made the shortlist for Women’s Footballer of the Year award. 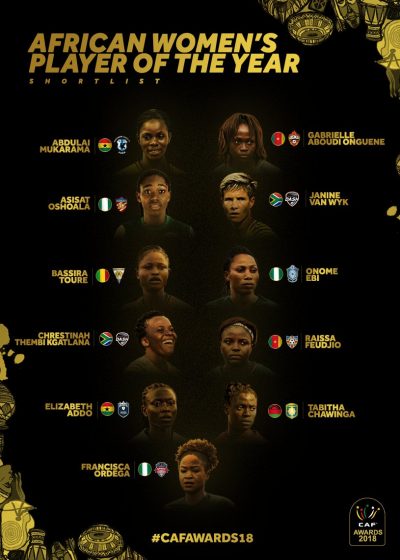 The Super Falcons are also in the running for the Women’s Team of the Year with the Banyana Banyana of South Africa and Indomitable Lionesses of Cameroon also included in the short list .

The shortlisted CAF Awards 2018 nominees were decided by votes from the members of the CAF Technical and Development Committee.

The final phase will involve votes from CAF Media Experts, Legends, Coaches of the quarter-finalists of the CAF Champions League and CAF Confederation Cup, and Coaches & Captains of the 54 Member Associations.