According to Arsenal’s fastest player statistics record which was leaked by Pierre-Emerick Aubameyang via his Instagram story page, the 22 year old Nigeria international has a ‘maximum speed’ rating of 9.56 or 94%.

This genre of information, according to reports, is secretive and protected by clubs. Arsenal’s shows a list of 17 first team players in order of their individual speed, from the fastest to the slowest.

Gabonese captain, Aubameyang is the fastest Arsenal player with a score of 10.01, with Hector Bellerin and Sokratis Papastathopoulos in second and third place. The duo have a maximum speed of 9.63 and 9.59 respectively. 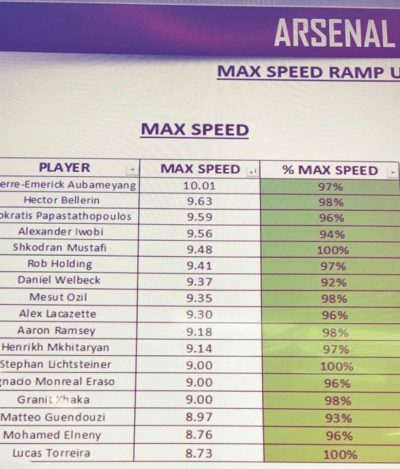