The win moved Chelsea, with 69 points, to within three points of third-placed Liverpool and two behind Tottenham Hotspur. Liverpool have only one game left while Chelsea and Spurs each have two.

Oliver Giroud put Chelsea in front, heading in Moses’ fine cross from the right flank in the 32nd minute. It was Giroud’s third league goal in 11 appearances for Chelsea since he joined the club from Arsenal in January and his fifth goal in his last six EPL starts against Liverpool.

It was Moses’ third assist this season.

At the start of the second half, Chelsea raced out and they were unlucky not to have doubled their lead as Antonio Rudiger’s goal in the 57th minute was correctly ruled out for offside.

Liverpool continued to press for the equaliser but could not break down the Chelsea’s defence, succumbing to a third defeat in 27 games. The Reds are without a win in their last three EPL games. 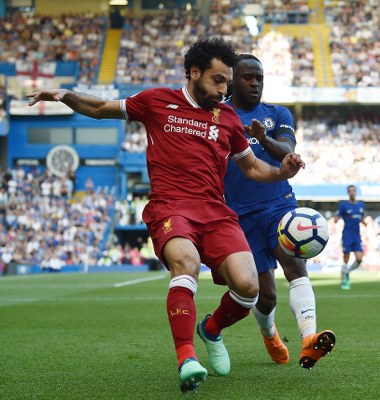 Moses was cautioned by Mike Taylor in the 81st minute and seven minutes later the Nigerian international was subbed off for Davide Zappacosta.

At the Emirates, Super Eagles forward Alex Iwobi ended his nine-game goal drought in the EPL when he scored Arsenal’s fourth goal in their 5-0 drubbing of Burnley on Arsene Wenger’s last game in charge of the club at the Emirates Stadium also on Sunday.

Iwobi, making his 20th start of the English Premier League season for Arsenal in the win, last scored a goal against Crystal Palace on the 20th of January.

Goals from Pierre-Emerick Aubameyang and Alexandre Lacazette in the 14th and 45th minutes gave the Gunners a two-goal lead into the break. 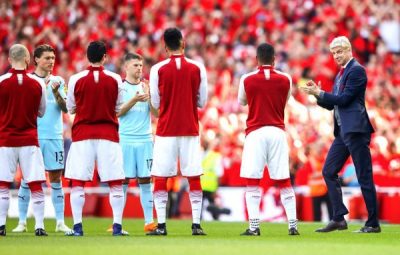 Sead Kolasinac made it 3-0 in the 54th minute, firing in a shot from a tight corner after good work from Jack Wilshere.

Iwobi made it 4-0 in the 64th minute when he rifled in a shot into roof of the net before Aubameyang made it 5-0 for the Gunners who moved six points ahead of the Clarets.