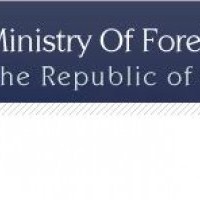 1. Development of a Warm and Friendly Bilateral Relationship

I. The two Ministers expressed their satisfaction for development of a warm and friendly relationship between the two countries and their expectation toward further enhancement of the bilateral relationship particularly through establishing the Embassy of Japan in the Republic of Seychelles in January 2019. Furthermore, the two Ministers reaffirmed their desire to strengthen cooperation, both bilaterally and internationally, based on universal values such as freedom, democracy, the rule of law and good governance.

II. The two Ministers expressed their commitment to enhancing cooperation to maintain and strengthen a free and open maritime order based on the rule of law, which is the cornerstone for peace, stability and prosperity of the international community. Vice President Meriton reaffirmed his willingness to collaborate and cooperate with Japan and other countries towards that goal in Indo-Pacific region.

Minister Kono emphasized the significance of partnership with Seychelles in light of its geographical importance in the Indian Ocean. Vice President Meriton commended the efforts of Japan against transnational crimes in the Indian Ocean Region.

III. The two Ministers recognized the need for regular dialogue to discuss various topics of common interest in bilateral relations, regional situation and international issues in order to promote concrete cooperation. In this regard, the two Ministers have expressed their intention to launch a bilateral framework of political dialogue whose modalities will be fixed subsequently.

IV. Vice President Meriton expressed his appreciation for Japan’s important role and contribution to African development through the TICAD (Tokyo International Conference on African Development) process, which is an open, inclusive and transparent forum. Minister Kono expressed his appreciation for the active engagement of Seychelles in the TICAD process. The two Ministers reaffirmed their commitment in ensuring the success of TICAD 7 in 2019. Vice President Meriton affirmed President Danny Faure’s attendance at TICAD 7

V. Vice President Meriton expressed his gratitude to Japan for extending grant aid to “Project for Construction of Artisanal Fisheries Facilities in Mahe Island (Phase 2)”, completed this September, and also expressed his appreciation toward Japan’s support in such areas as fisheries, counter piracy, climate change and disaster prevention. Minister Kono recognized that Seychelles, as a Small Island Developing State, continues to face challenges in meeting its goals in achieving sustainable development in view of its unique and particular vulnerabilities. The two Ministers underscored the importance of building infrastructure in accordance with international standards such as transparency and financial soundness of recipient countries as well as openness and economic efficiency in view of life-cycle cost.

VI. The two Ministers emphasized the importance of strategic communication on the good environment for investment as well as on business and investment opportunities to promote Japan’s private sector engagement in Seychelles including in the area of fisheries. The two Ministers recognized the significance of continued cooperation in the field of fisheries, maritime security, climate change and disaster prevention.

VII. The two Ministers recognized the enormous potential of the maritime economy and the importance of continuing cooperation related to the Blue Economy.

VIII. Vice President Meriton expressed his gratitude toward Japan’s support for enhancing Seychelles’ capacity to deal with piracy, maritime crimes and drug issues through the UNODC training project. Vice President Meriton also expressed his gratitude and continuous support toward Counter Piracy Operations by the Japan Self-Defense Forces off the coast of Somalia and in the Gulf of Aden.

IX. The two Ministers shared their views on the important role of education and vocational training as the foundation for nation-building and economic development. Vice President Meriton expressed his satisfaction with Japan’s support to Seychelles’ human resource development including through the African Business Education Initiative (ABE Initiative) for African youth, JICA Area-Focused Training and Japanese Language Programs for Foreign Service Officers and Public Officials.

3. Partnership for Global Peace and Prosperity

XI. The two Ministers reaffirmed their commitment to maintaining a rules-based free and open maritime order in accordance with universally recognized principles of international law, including those reflected in the United Nations Convention on the Law of the Sea (UNCLOS). The two Ministers underlined the importance of freedom of navigation and overflight, unimpeded trade, self-restraint as well as peaceful settlement of disputes based on international law including through full respect for legal and diplomatic processes.

XII. The two Ministers reaffirmed the importance of a comprehensive reform of the United Nations Security Council (UNSC) including the expansion of both permanent and non-permanent categories of its membership, in order to make it more legitimate, effective and representative, reflecting the realities of the international community in the 21st century. They also expressed their determination to continue engaging constructively in the work of the intergovernmental negotiations toward realization of the reform. Furthermore, the two Ministers affirmed the importance to continue the dialogue between Japan and Africa on the same subject.

XIV. The two Ministers shared the intention to strengthen cooperation in addressing a wide range of global issues such as non-proliferation, counter-terrorism and violent extremism, climate change, disaster risk reduction, gender equality and human rights with a view to realizing African Union’s Agenda 2063 as well as the 2030 Agenda for Sustainable Development and the Sustainable Development Goals (SDGs) based on the concept of human security.

XV. The two Ministers reaffirmed their intention to enhance close cooperation between the two countries in various multilateral frameworks.

XVI. Finally, Vice President Meriton expressed his deep appreciation to Minister Kono and the Government of Japan for the warm welcome and hospitality extended to his delegation during this visit.

Osimhen Is Not Dull Like Lukaku -Paolo Di Canio

Simy Nwankwo, Obi To Work Under New Coach At Salernitana

Exclusive: Why Osimhen Can Be Super Eagles New Yekini -Akpoborie