By James Agberebi: Tottenham Hotspur striker Harry Kane has been voted Premier League Player of the Month for December.

This was announced by the Premier League on Twitter on Friday.

Kane finished ahead of an eight-man short-list that had BBC and CAF Player of the Year winner Mohamd Salah of Liverpool, Roberto Firmino also of Liverpool, Marcos Alonso of Chelsea, Marko Arnautovic of West Ham, Nicolas Otamendi of Manchester City, Manchester United’s Jesse Lingard and Riyad Mahrez of Leicester City.

It was a remarkable December for Kane as he scored eight goals in the league in six matches.

He also broke broke Alan Shearer’s calendar year record for Premier League goals as his hat-trick against Southampton in a 5-1 home win, took his tally to 39 in 2017.

He has now won six Premier League Player of the Month awards. 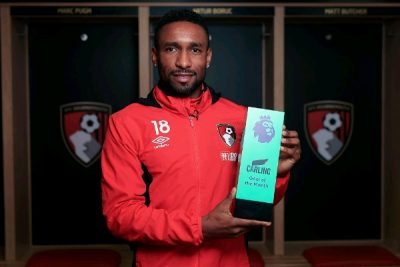 The 35-year-old’s looped ball over Palace goalkeeper Julian Speroni from an acute angle to give his side a 2-2 draw at Selhurst Park was picked for the award.