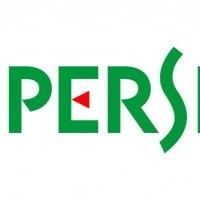 The past year has been extremely eventful in terms of the digital threats faced by financial institutions: cybercrime groups have used new infiltration techniques, and the geography of attacks has become more extensive. According to the KSN statistics by Kaspersky Lab (www.Kaspersky.com), the Middle East, Turkey and Africa (META) region witnessed 17% increase in banking malware attack to reach almost half a million attacks in 2018.  Cryptocurrencies have also become an established part of many people’s lives, and a more attractive target for cybercriminals across the world, which resulted in a rapid increase in malicious mining of cryptocurrencies.

Kaspersky Lab recorded a 4-fold increase in cryptomining attacks in the META region from 3.5 million in 2017 to 13 million in 2018.

“The META region is becoming more appealing to cybercriminals, with financial and malicious cyrpotomining attacks taking center stage. We discovered six new ATM malware families in 2018. On the other hand, illegal mining of cryptocurrencies has increased dramatically to overtake the main threat of the last few years: ransomware. We believe the reason behind this is that mining is silent and cause less impact that ransomware, making it less noticeable,” said Fabio Assolini, Senior Security Researcher at Kaspersky Lab.

Cybercriminals are not showing any signs of stopping and attacks will continue to evolve. Below are predictions by Kaspersky Lab experts on how these trends could affect our lives in the coming year.

Aina Benched, Maja In Action As Fulham’s Relegation Confirmed After Defeat To Burnley