Kayode: Shakhtar Deserved The Hard-Fought 1-0 Away Win At Mariupol Kayode scored the only goal of the encounter for Shakhtar Donetsk as they moved six points clear of second placed Dynamo Kiev with three games left to play in the championship round. It was the second time he scored against Mariupol. He had earlier scored against them in Shaktar Donetsk’s 5-1 win in the Ukrainain Cup ten days ago.

“The match was not easy at all, the coach warned us about that. We tried our best to win it, and most importantly, we earned the three points,” Kayode told Shakhtar Donetsk official website.

“I think we deserved this victory because we fought together.” 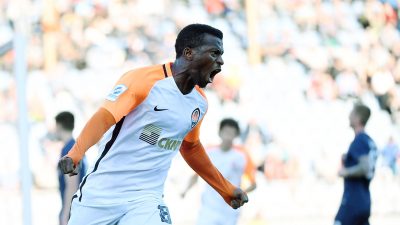 The goal was Kayode’s second league goal in four games and his third in five games in all competitions.

The 24 year old Nigeria international who refused to be drawn into comparison with the club’s top scorer Facundo Ferreyra however promised to score whenever he gets the opportunity.

Argentine striker, Ferreyra, is the club’s top scorer this season with 28 goals in 38 games in all competitions.

“So far, I can’t compare myself to the top scorer Facundo. I think that my major contribution is not so much the number of goals, but the quality I deliver.

The former Austrian Wien striker also explained why he ran to celebrate with his coach after scoring the winner.

“Paulo Fonseca is one of the best coaches, he developed an effective playing system that really works.” 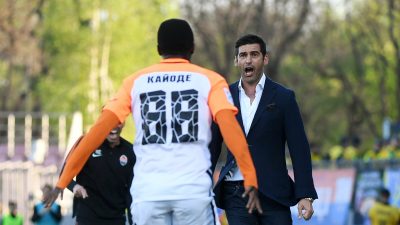