Klopp: How I Inspired Liverpool’s Comeback Win Vs Man City Liverpool manager Jurgen Klopp has revealed what he told his players at half-time which saw them come from a goal down to beat Manchester City 2-1 in the second leg of their quarter-final UEFA Champions League tie at the Etihad Stadium on Tuesday.

Going into Tuesday’s clash with a 3-0 first-leg win, Liverpool were rocked early in the game as Gabriel Jesus scored on three minutes.

But City’s hopes of staging a remarkable comeback were snuffed out following second-half goals from Mohamed Salah and Roberto Firmino which gave Liverpool a 5-1 aggregate win.

“First of all you have to learn from the game, so I have no problem with conceding the early goal – of course it’s not what you want, but if it happens then you have to react,” Klopp BT Sport.

“So the reaction at first was OK but then it wasn’t OK anymore. If they want the ball from you (his players), then they have to kill you, there’s no other chance for them to get it. And in a few moments it was too easy.

“We needed to be more compact, we shouted like crazy about offsides but we needed to push up.

“I said at half-time that we needed to stay in that football playing way, to show we want the ball and not hoping that somebody finds Mo (Salah) or Sadio (Mane) or whatever then we can go up to score. 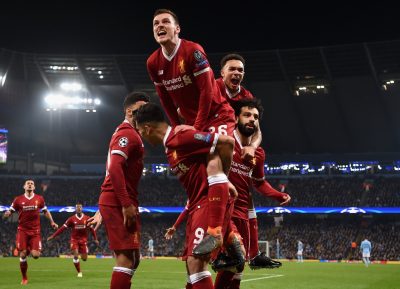 “So we needed to start new, and that’s what the boys did, that was clear, we all knew that. If you don’t score the second and the third then it’s not easy again.

“We knew if we could score one more then the atmosphere would be very different.”