Liverpool manager Jurgen Klopp says his side’s 3-2 win over French Champions PSG was a special one and believes the Reds can match any team in the world regardless of their pedigree.

Sturridge scored after 30 minutes and James Milner added a second converting a penalty won by Georginio Wijnaldum, but parity was restored by strikes from Thomas Meunier and Kylian Mabappe only for substitute Firmino, to hit a late winner in the 92nd minute in a thrilling encounter at Anfield on Tuesday.

“The development of our club is that when you hear Liverpool plays PSG you don’t think we have no chance anymore,” Klopp said in his post-match interview.

“I would say that one, two, three years ago probably everyone would have thought that is a mountain we cannot climb. That is good that it is not like that anymore and that is because of last year.”

Klopp also praises Firmino who was a big doubt before the game, for his contribution.

“The day before yesterday there was no chance, yesterday it didn’t look well and we only had one session. I really think that it is a moment to show faith in the squad,” he remarked

“When you have Bobby available you always think ‘come on bring him ‘but it was nice to see how Daniel (Sturridge) performed – he paid 100 percent back. 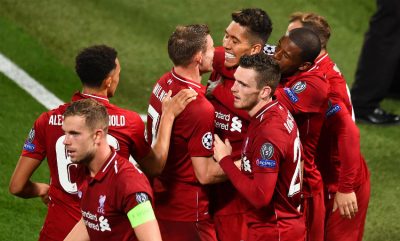 “It is a good sign and then brings on Bobby after 70 minutes it is a nice tool, to be honest.”

Klopp also hails the entire team for their outstanding performance.

“It was necessary because they are so difficult to defend, but we defended so well. And the atmosphere was fantastic – it is so special to do these things in that stadium: agood performance against outstandingly strong opponents.”