Lagerback To Eagles: I’m Looking Forward To Seeing You In Russia, Prepare Well By Johnny Edward:
Former Super Eagles head coach, Lars Lagerback, says he is looking forward to seeing the Super Eagles doing well at the 2018 FIFA World Cup in Russia, reports Completesportsnigeria.com.
Lagerback coached Nigeria to the 2010 FIFA World Cup in South Africa where the team failed to qualify from their group that had Argentina, Korea and Greece.
In a 45-second video posted on Twitter through the handle of the media officer of the Super Eagles, Toyin Ibitoye, Lager back who is currently the Norwegian national team coach advised the three time African Champions, Nigeria to prepare well for the 2018 FIFA World Cup 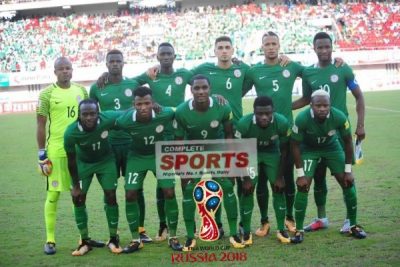 “I just want to wish you all the best at the World Cup coming up in Russia,” Lagerback said in the video posted by Ibitoye on Twitter.
“I have so good memories during my time with the Nigerian team and the fans. So I hope you can prepare well and I really look forward to seeing you play in Russia even if I will probably be in Sweden watching the games on TV.”
The former Iceland manager also sent a goodwill message to the team administrator, Dayo Enebi.
“I also want to send a good luck message to my colleague and the team secretary, Dayo, I know you will make it, keep going.”
Copyright © 2020 Completesports.com All rights reserved. The information contained in Completesports.com may not be published, broadcast, rewritten, or redistributed without the prior written authority of Completesports.com.