Bayern Munich trounced Eintracht Frankfurt 5-0 to lift the 2018/19 German Super Cup on Sunday at the Commerzbank Arena, in Frankfurt, Germany.

Robert Lewandowski scored a first ever Super Cup hat-trick while Kingsley Coman and Thiago Alcantara were also on target in the final.

Lewandowski scored the opener in the 21st minute heading Joshua Kimmich’s cross past Frederik Ronnow in goal for Eintracht Frankfurt.

The Poland striker, 29, bagged his brace, a second header five minutes later before completing his treble with a fierce left-footed shot 10 minutes after the break. 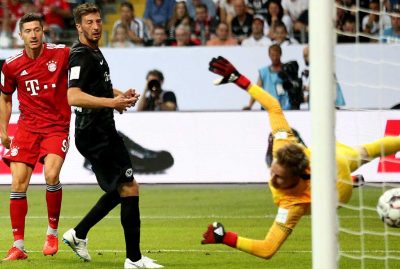 Kingsley Coman and Thiago Alcantara rounded off the scoring.

The win was a revenge for Bayern, who were beaten 3-1 by Frankfurt in last season’s German Cup final.

Next up for Bayern Munich is a German Cup clash against Drochtersen/Assel on 18 August, while Frankfurt travel to Ulm in the same competition 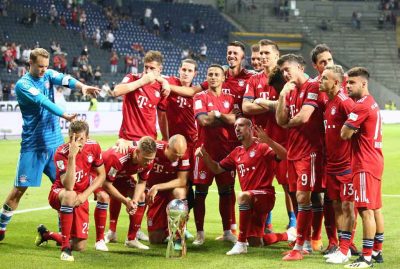 Bayern Munich will kick off their Bundesliga season with a home game against Hoffenheim.