I am not a politician.
I have never been.
But one cannot be alive in Nigeria today and not be politically involved, either as an activist or a victim, in the political theatrics ongoing in the country.

My head is in turmoil.
The political game always leaves me confused. The more you look, the less you see and understand.
I am not an authority on the subject, even though I have been alive through the period of all of the political developments in the country from Independence to date.

But surely like life itself, politics is a game.
That’s why I can relate with it even now. I look at it through the prism of sports and try to understand it thus. Most of the time, I am left still groping in perplexity at its intricacies and complexity. In sport I am used to the simple rules and the simple ways.

But then, politically, there is something fundamentally not right about Nigeria, its construction, it evolution, and its vision.
I still do not understand it and I will not pretend I do.

The present agitations and drumbeats emanating from different parts of the country do not make sense to me. The threats and even ethnic killings in some parts make the entire scenario even more confounding and confusing.

And it is not that I have not tried to understand politics by listening to, and learning from, those that seem to have all the answers. The point is I live on another planet entirely – that of sport. 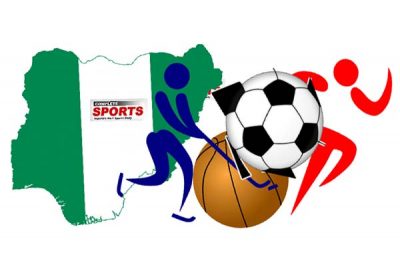 In sport, all I see on a daily basis, despite the shenanigans of those that dominate their administration through this worst present period of Nigerian sports, are the incredible fields of opportunities that can impact young Nigerians, change the country around positively and make the country rich, to work better and to be able to attain it’s universally well-acknowledged potentials.

Sport will, therefore, be an example for other sectors of Nigerian life.

But everything terminates on the table of those steering the national political ship, a subject for which I am still in kindergarten class.

So, here I am, caught up in the national conversation of the state of affairs of the country because everyone in the country is now either involved or affected by politics. However, no one needs to tell me that it is better to be involved than to be a passive victim.

I am looking at the present state of affairs in the country through my own narrow world of sports. The beat that I hear is not sweet music to the ears.

To say that Nigeria is abundantly blessed is an understatement. Nigeria is actually so blessed it is ‘spoilt’. Under the yoke of wasted opportunities and squandered resources, any other country on earth would have collapsed and become a subject of history and a good case study in schools on how a people should never run a country. But not Nigeria!

Despite all the bashing, banging and repeated rape of the country by politicians Nigeria is still ‘kicking’ but groaning under the weight of unending self-inflicted crisis that now leaves her dangerously teetering on the edge of another civil war, that everyone knows no country goes through twice and survives.

That in itself, that the country cannot survive another Civil War, may be the ‘motivation’ for this ignorant ‘tribe’ of humans to dare to go again where even angels dread, notwithstanding the almost certain dire consequence of such a reckless act.

But why war now? Why the senseless posturing that is leading to reckless killings and deaths and creating these deafening beats of war?

The challenges facing the majority of the people are simple enough, the provision of basic means of a respectable livelihood that has nothing to do with the ongoing jingoism that the puppeteers of the dangerous calls for secession and a break-up of the country want us to believe.

When examined critically, the disagreements are all about the sharing of the country’s resources by a privileged elite with access to the handles of political power. The vast majority do not even know what is going on, nor do they really care who rules them, provided they can live well within the geographical space called Nigeria no matter its structural arrangement.

For 5 decades after the original dream of an unfolding great African nation was first truncated in 1965, because of the poor foundation upon which the country was constructed by colonial Britain by some young ambitious military officers, a class of Nigerian political leaders (a small group really) has continued to recycle themselves over and over again and has ruled and ruined the rest of the country till now.

Since then, Nigerians have discovered that put together as one entity, Nigeria can probably be one of the most potent and vibrant economic, social, cultural and political forces on earth. But they just have been unable to find an equitable medium to do that coming-together in healthy cooperation and competition amongst the different ethnic nationalities.

Yet, when the conscripted cloak of the colonial arrangement is removed from their heads, what is revealed are the latent ingredients of a physically strong, very proud, very resilient, deeply spiritual, culturally steep, naturally confident, very hard-working and highly industrious race of people that can truly become a global superpower in a blink. 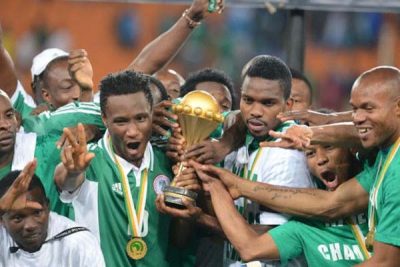 With the country’s huge population, Nigeria can become the champion Black country on earth within question.

Such has always been the potential of this country. The evidence is all around us, demonstrated innocently and continuously by sport.

In 16 short years after Independence, on the eve of the Olympic Games of 1976 in Montreal, Canada, with a Nigerian contingent of athletes in various sports that was properly trained and prepared under optimum conditions for 3 years only, Nigeria showed the world glimpses of what the country could achieve.

In boxing, Nigeria had two amateur boxers that were amongst the best in the world in Obisia Nwankpa and Davidson Andeh. 2 years later, Obisia fought for a world professional title crown and Davidson won a world amateur boxing title crown.

In Track and Field, Nigeria boasted some of the fastest short and middle sprinters and jumpers in the world. For the next decade and more, Nigeria steadily produced sprinters and jumpers that made the finals of every world competition in men’s and women’s events – Charlton Ehizuelen, Innocent Egbunike, Falilat Ogunkoya, and so on.

In football, every one knows the story of the 5-3-10 Eagles, the team that metamorphosed into the first African champions in 1980, that also almost made it twice to the World Cup, only to fail at the last hurdle when only one country qualified to represent the continent!

In many other sports, Nigeria was on a steady climb up the rungs – in table tennis, lawn tennis, wrestling, weightlifting, basketball and even handball where Nigeria eventually became the best in the world!

What is holding back Nigeria from greatness?

Nigeria is a country of contradictions. The country has everything and yet it has nothing to show; it has enough natural resources that could make any other nation one of the richest in the world, yet she remains one of the poorest on earth.

The country still languishes as Third World where corruption thrives and nothing works! Nigeria is a ‘spoilt’ country and Nigerians a ‘spoilt’ people.
Their idle and misguided youths, jobless, idle, poorly educated, dehumanized by the corruption and brazen looting in the country, are now angling for a ‘war’ when there is nothing else for them to do than be spoilt brats! 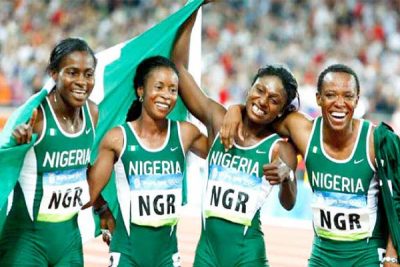 What is wrong with us?`

Why can we not learn from sports where friendship is the bedrock of competition and participation, where the human spirit and physicality are tested to the limit in search for excellence? Why can we not learn from the patience, the dedication, the team work and team spirit, the hard work, the personal sacrifices without guarantees, the selflessness, the patriotic spirit and zeal, and the unity embedded in the fabric of sports?

We must celebrate genuine achievements and true heroes. Nigerians must stop celebrating thieves and never lower the standards of their moral and ethical values.

Sports can be a great example to look at and to chart a good course through the narrow labyrinth of politics.