AC Milan legend, Paolo Maldini insists the club remain a “long way off” challenging Juventus for the Serie A title in the current season.

The 50-year-old was speaking after Gennaro Gattuso’s side were held to a 1-1 draw at Cagliari, leaving them with a record of one win, one draw and one defeat from their opening three Serie A games in 2018-19.

In contrast, Juventus have won all four of their league matches and Maldini – who is in his first season as the club’s sporting strategy and development director – accepted that the Rossoneri are unlikely to push for the title.

“The anti-Juventus? Let’s be serious, we’re still a long way off being that,” club legend Maldini told Sky.

“We’re aiming to reach the top four in the league and have a great run in the Europa League.

“Projects are important, but you can’t yet compare Milan to Juventus.”

The former defender, who retired in 2009 after making 902 appearances across 24 years with the club, underlined his determination to nurture young players and put in place strong foundations upon which Milan can build.

The club’s last Scudetto came in 2010-11, and the only domestic honours added to Milan’s trophy cabinet since then are two Supercoppas Italiana.

“This is a serious project, we want to take Milan back to the highest levels,” said Maldini. 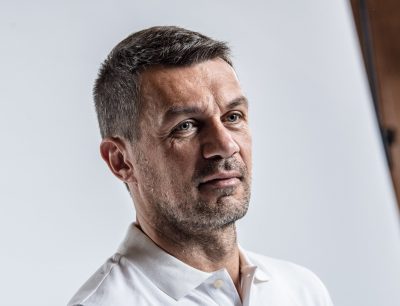 “We have to take care of the mentality, there are young players who are not yet convinced of what they can do and who have to find self-confidence.

“Dialogue with us directors could be important for them.”