Nigerian youngster Kelechi Iheanacho has been officially sold by Manchester City to Leicester in a deal worth a reported £25million.

Iheanacho has been regarded as one of European football’s brightest young talents after breaking into the City team under Mauricio Pellegrini, and looked like he had the capability of being the long-term replacement for Sergio Aguero.

With his sale, city rivals Manchester United fans did not waste time in trolling the Sky Blues to the heavens about it on Twitter.

Considering the stick Jose Mourinho sometimes takes in his youth policy, United supporters are loving this opportunity to have a little dig at Pep and Citeh: 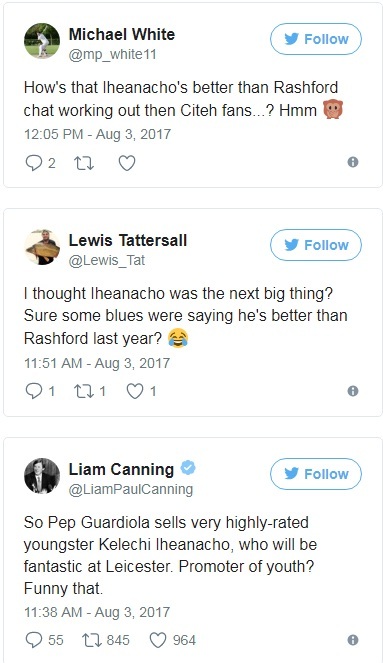 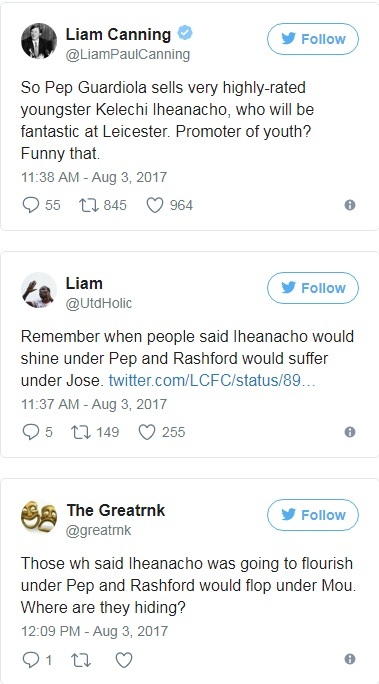 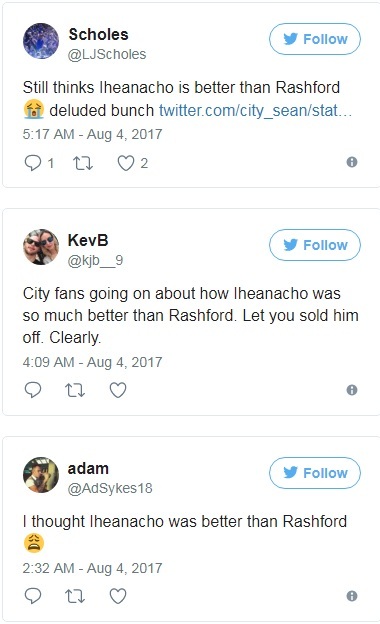 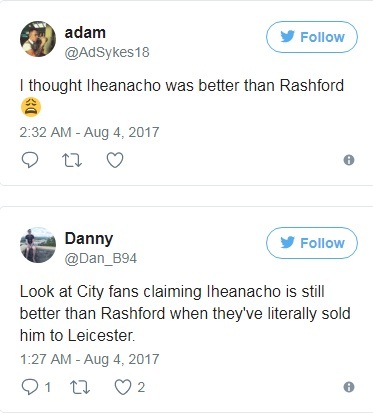