Martinez: Belgium Beaten By A Bit Of French Luck Belgium coach, Roberto Martinez, has described France’s goal in their 1-0 victory over the Red Devils in the 2018 FIFA World Cup first semi-final match on Tuesday in Saint Petersburg as a bit of luck.

“It was a dead ball situation which was the difference,” Martinez told reporters after the game.

“It was a close game and it was very tight and it was going to be decided by that bit of luck in front of goal. 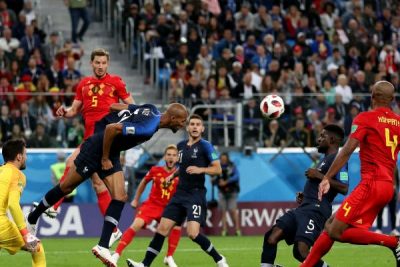 “The attitude of the players was brilliant and we couldn’t ask for anymore. We have to understand one team wins and the other loses, and we did what we could.

“[The France goal] is the type of detail that counts in the semi-final of the World Cup. We have one game left and I want to ensure we finish the tournament on a high because these players don’t deserve to leave here with a bad taste.”

The second semi-final match takes place in Moscow on Wednesday, with England locking horns with Croatia.