Lionel Messi has admitted that the 2018 World Cup in Russia offers the current Argentina generation led by him a final chance to win the title.

The Barcelona also believes that the Albiceleste star will face an uphill task in their bid to be crowned world champions.

Messi who will be making his fourth appearance at  FIFA World Cup in Russia, is desperate to bow out on a high by winning the title having lost in the final of the last edition to Germany. 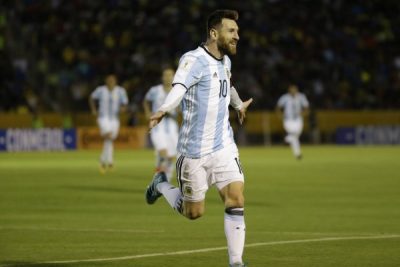 “It’s now or never for us to win the World Cup, there’s no more,” Messi told Mundo Albiceleste in an interview.

“That World Cup (2014 World Cup in Brazil) where I passed the cup is a hard one to look at. I mean we were that close to winning it, but I passed by it and it was a terrible feeling.

“We have to see this World Cup as our final World Cup and look at it as such and take advantage of the opportunity but it will be tough.

“There are a lot of young players coming up. I hope they, too have a wonderful generation.”.

“I know God wants to give me a World Cup and I hope that he does this time so we can get this thorn out of our side.”

Argentina will kick off their campaign against Iceland on June 16 at the Otkrytiye Arena, the home ground of Spartak Moscow in Moscow.