Argentina are on the brink of an early exit from the 2018 FIFA World Cup in Russia. Jorge Sampaoli’s men face Nigeria on Tuesday night in a make-or-mar game in Saint Petersburg. Completesportsnigeria.com’s Johnny Edward presents five Argentina players the Super Eagles must watch out for…

The presence of Gonzalo Higuain in the Argentina attack will offer a lot more to Jorge Sampaoli’s side in the likely absence of Sergio Aguero who has led the lines in the last two games against Iceland and Croatia. Higuain is a target man and a prolific one at that. He good at hold-up plays and will offer a good link with Lionel Messi who is yet to sparkle at the tournament. The Juventus striker is equally good in the air, a quality that can cause the Super Eagles problems. The Super Eagles defence must be wary of the Juventus target man who is regarded as one of the most complete strikers in world football.

Lionel Messi is yet to get off the mark at the 2018 FIFA World Cup in Russia after featuring in two games for Argentina. Messi remains the biggest catalyst to this Argentine team in Russia.

Last season, the five-time Ballon d’ Or winner scored seven goals in ten World Cup qualifiers as the La Albiceleste finished third and he was the top scorer in Europe last season with 44 goals 12 assists in 52 games for Barcelona. 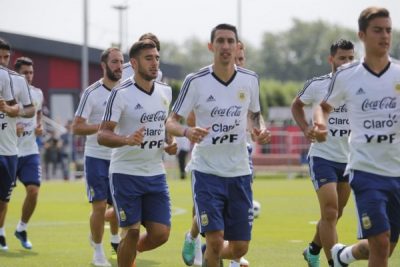 Angel Di Maria started the first game of the tournament for Argentina against Iceland which they drew 1-1 but lost his place in the second game against Croatia which they lost 3-0.

Blessed with trickery and mazy runs down the flanks, Di Maria cannot only score but also create chances for his teammates to score. Di Maria’s pace could make a major difference up against fast, athletic defenders which the Super Eagles paraded in the game against Iceland.  Di Maria scored 21 goals and provided 12 assists in 45 games for his French side PSG last season.

Javier Mascherano could be the man to stop the new found chemistry and rhythm the Super Eagles found in their last game against Iceland. In Mascherano, Jorge Sampaoli has an experienced midfielder who is not only combative but also blessed with good vision to free up space for his attackers to run at defences. So he will be out to stop Oghenekaro Etebo who has been Nigeria’s most efficient player in the team’s last two games. 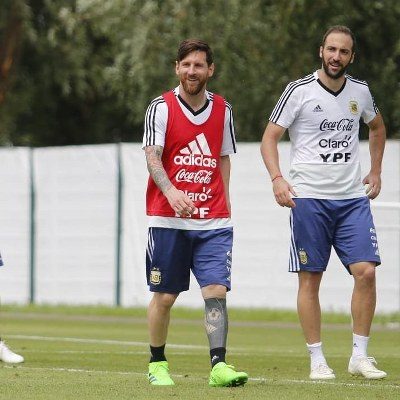 Ever Banega has been rumoured to start the game against Nigeria to add extra aggression and urgency to the Argentine midfield. He could come in for Maximiliano Meza who has not looked out of place but with their fate of reaching the next round Jorge Sampaoli must heap much responsibility on the Sevilla star to compete against the Nigeria midfield trio of Wilfred Ndidi, Oghenekaro and Mikel Obi.