Nigeria captain Mikel Obi has stated that the Super Eagles would have won the FIFA World Cup but for lack of proper organization.

The Tianjin Teda midfielder recalled a sad event that took place in the camp of the Super Eagles at the 2014 World Cup in Brazil which saw the team crash in the round of 16 to France following a 2-0 loss.

He revealed that things got so bad it led to a boycott of training from the latter days before the last-16 tie against France.

“There were a lot of problems in the camp which a lot of people didn’t see, the media didn’t see – we kind of hid it under the table,” Mikel told The Guardian. “The relationships between the players were not good and there was no discipline. There was no good feeling, no good vibe.

“It almost got to people being pinned up against dressing-room walls, although not quite. It was confrontation and arguments. Players wanted to do their own thing and they didn’t think about the team.

“African teams always tend to have problems inside the team. It might be bonuses, friendships, organisation. If the Nigerian teams were as well organised as the Europeans, we would have won the World Cup by now. In Brazil, the financial aspect was a massive problem. Players didn’t want to train, they wanted to go on strike because they hadn’t received the bonus. This has to stop. We’ve stressed that it has to be sorted out this time.” 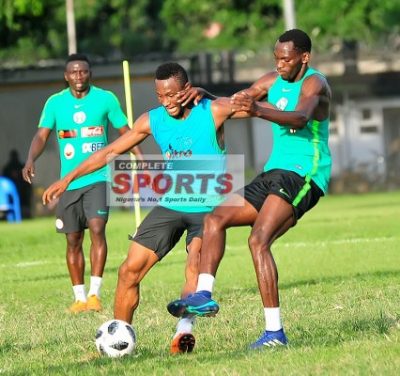 He reflected on the incident that also happened at the 2010 World Cup where the Eagles crashed in the first round which made former president, Goodluck Jonathan, suggest that the national team should be suspended from competition for two years.

“There were massive problems in the camp and that’s why the president got upset,” Mikel explained in the interview. “He said: ‘Until you guys fix yourselves up, that’s it. No more.’ The public were upset but they were in support of it because they also wanted whatever was going on to stop. We couldn’t keep going to tournaments and making a mockery of ourselves.”

Following the appointment of Gernot Rohr in 2016, Mikel explained the changes in the current Super Eagles players.

“The coach and myself, as captain, have tried to make these young players realise that we are a team, not individuals,” Mikel added. “If you don’t want to play together, you are welcome to leave. It’s amazing now to go to camp. You can feel the good feelings.

“I have been in the national team since 2005 and I haven’t seen this discipline before. It is meetings, being on time, the training. Sometimes a player has the hump because he knows he is not going to make the team and, before in the national team, he just strolls around. Now, you have to train properly. If you don’t, you are leaving the camp. The coach has changed the whole mentality.”

Ahead of the Super Eagles friendly against England at Wembley on Saturday, Mikel described the famous stadium as a good hunting ground for him and touched on his first encounter with Manchester United boss Sir Alex Ferguson in the 2007 FA Cup final after he chose to sign for Chelsea rather than the Red Devils.

“I thought I was going to get a punch from Sir Alex [Ferguson] in the tunnel,” Mikel joked.

“But that was a great game for me. Wembley is a very good ground for me.”

On the perception of top footballers who decided to sign for Chinese clubs, he said: “Look at Paulinho. He went to Guangzhou Evergrande from Tottenham and then he got a move to Barcelona. You can still go back. It depends on how well you look after yourself. The players in China like Oscar, Ramires – we have offers, day in, day out, to come back to Europe.

“But if you make a decision, you need to stick by it. I have a contract [until next year] and I have to respect it. I like where I play. The culture is totally different and it’s something that I wanted to experience – and for my two little girls, as well.”

And on the possibility of him ending his playing career in England, Mikel said: “Who knows where I am going to retire. Maybe I might come back here (England) and retire.”