Super Eagles captain Mikel Obi had a question and answer session with some of his fans on Twitter on Tuesday.

Completesportsnigeria.com’s JAMES AGBEREBI monitored the session as Mikel answered questions about the Super Eagles and winning the 2018 FIFA World Cup, the friendly against England, his most memorable football moments, his teammates etc…

– Who was the funniest guy you shared a room with? (Forbes_GG1)

It has to be Salomon Kalou for me. He is a funny character. Sharing a dressing room with him was one of my best moments in Chelsea. He made me feel more comfortable going to training everyday because I know I was going to see him there and I was going to have a laugh.

He was so funny and things he does sometimes you think is he actually a player? He is so funny, cracks me up all the time, even in training pitch he does things that are really funny and I really enjoyed my time with him.

– What was your most memorable moment in football? (@lukbon)

My most memorable moment I think for me was when I won the Champions League. It was the best moment in my football career till date. Champions League is so special you don’t get to win it quite often and for us to win it and the manner we did it was spectacular.

And playing in Germany and against Bayern Munich made it even more special. That day and that night was really special for me.

– What is your take on the international friendly game between Nigeria and England and how will the Super Eagles approach the game? 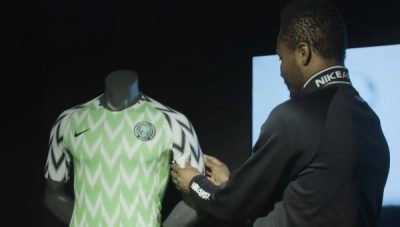 – What are your plans after retirement from football?

It is something I really need to decide but at this minute I’m not thinking about it, there’s a lot of things to do after football but we will see what happens.

I think we can, why not? I think it’s possible, you never know. I think it’s important for us to come out in our group. We are in a very difficult group, we have lots of good teams in this group, it’s going to be interesting to see who comes out of this group.

Whoever comes out of this group is going to do well in the tournament. We have to make sure we play the three games well, come out of the group and think about the next game.

It is possible when you keep winning games. In tournament like this, you just have to take it one game at a time. So we believe we can, why not?

– If you were not playing football what other profession would you have delved into? (@jolarh)