Morocco Coach Renard: We Showed The World We Can Play Good Football Morocco coach Herve Renard has expressed his satisfaction with his team’s performance despite their ouster from the Russia 2028 World Cup.

Morocco became the first team to get eliminated at this year’s tournament following their 1-0 defeat to Portugal in Group m B on Wednesday.

A fourth minute goal by Cristiano Ronaldo secured the vital win for the European champions.

Morocco were the better side over 90 minutes but could not turn their domination into goals.

Speaking during his post-match press conference, Renard said: “We qualified for a World Cup after 20 years and we’ve showed that we can play football. We do play football.” 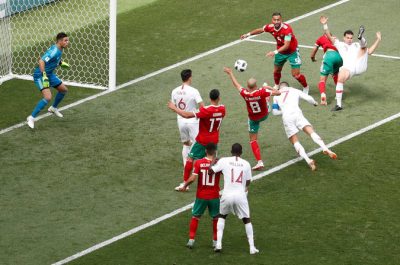 Renard said his team played like they were at home which contributed to their impressive display despite the loss.

He added: “In this Moscow stadium we felt like we were playing in Casablanca, which helped us a great deal.”