Chelsea are currently sixth in the EPL log while Leicester are in the 15th position.

Moses, one of the star performers for the Super Eagles during their 2018 World Cup qualifiers against Cameroon over two legs, is expected to make his 193rd appearance in the EPL having featured for Wigan, Liverpool Stoke and West Ham respectively in the past.

Ndidi on his part has played every minute for Leicester City in the league this season and he is expected to continue his partnership in midfield with Matthew James.

Iheanacho has made one substitute appearance due to fitness issues for the Foxes, while Musa is yet to make a league appearance this season despite being on target in his first start for the Foxes in their 4-1 win over Sheffield United in the Carabao Cup last month.

At the Saint Mary’s Stadium, Isaac Success will be hoping to make his first league appearance for Watford this season as they face Southampton. His only appearance for the Hornets was as a substitute in the Carabao Cup last month where they lost 3-2 at home to Bristol City. He replaced Nordin Amrabat at half time. 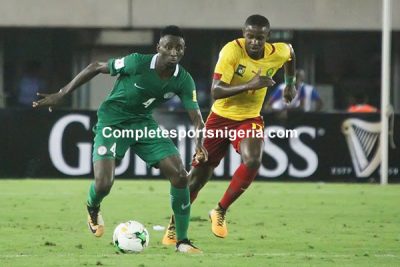