Chelsea continued their 100 per cent record in the English Premier League on Saturday coming from a goal down to defeat Cardiff 4-1 without Victor Moses at Stamford Bridge, London, reports Completesportsnigeria.com.

It was the second consecutive game the former Nigeria international would be excluded from the match day squad.

But a quick fire double from Eden Hazard gave the Blues a 2-1 lead into the break.

Hazard grabbed his hat trick when he stepped up calmly to slot home a penalty after Willian was fouled by Bamba with ten minutes left to play.

Willian made it 4-1 with seven minutes left to play.

With the win Maurizio Sarri becomes the fourth manager in Premier League history to win his first five games in the competition after Carlo Ancelotti (6), Pep Guardiola (6) and Craig Shakespeare (5).

At St James Park, Alex Iwobi was not in Arsenal’s match day squad that defeated Newcastle United 2-1 on Saturday.

Goals from Granit Xhaka and Mesut Ozil earned the Gunners their third straight win after two opening defeats to Manchester City and Chelsea. 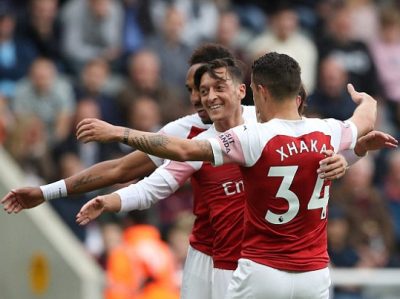 Ciaran Clark headed in a late goal to reduced the deficit in stoppage time.

At the Vitality Stadium, Wilfred Ndidi made his fifth straight start of the season for Leicester City who lost 4-2 to Bournemouth.

A brace from Ryan Fraser, a strike from the spot by Joshua King and another from Adam Smith secured a comfortable win for Sean Dyche’s team despite James Maddison and Marc Albrighton scoring consolatory goals for Leicester City.

Ndidi played the entire duration of the game. His compatriot Kelechi Iheanacho came on for Demarai Gray in the 61st minute of the encounter.

Iheanacho provided an assist for Albrighton’s goal. The 22 year-old forward however missed a chance to score. 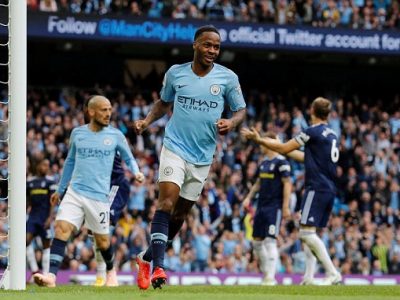 Leroy Sane who made the starting line up for the first time this season gave Pep Guardiola’s side the lead in the second minute.

David Silva doubled the lead for Manchester City in the 21st minute rifling in a shot off the bar after picking up the loose ball from the middle.

The goal was Silva’s 50th English Premier League goal on his 350th appearance for the club.

Raheem Sterling made it 3-0 two minutes after the break.

At the John Smith stadium, Wilfred Zaha as the match winner for Crystal Palace who edged hosts, Huddersfield Town 1-0.