Victor Moses looks set to make his seventh UEFA Europa League appearance for Chelsea after he was named in the Blues’ 21-man squad to face PAOK Thessaloniki in Thursday’s encounter in Greece reports Completesportsnigeria.com.

The former Nigeria international has made only one substitute appearance for Chelsea this season in the English Premier League.

Moses who was left out of the Blues last four games made six appearances in the competition during the 2013/14 season and scored four goal as Chelsea won the title. 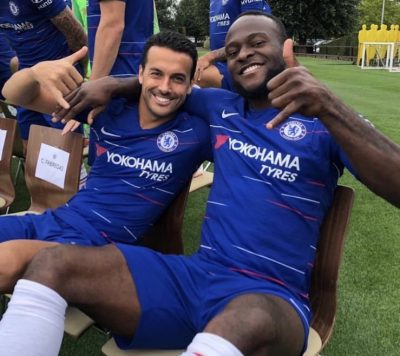