Tottenham winger Moura has taken the Player of the Month crown after a stunning start to the season, highlighted by a fine individual display in the win over Manchester United .

Moura was perhaps fortunate to be given his run in the Spurs team, replacing Son Heung-min who was away on international duty with South Korea.

His first Premier League goal came in the 3-1 win over
Fulham at Wembley, before the brace at Old Trafford the following week.

Meanwhile, Gracia claimed the Manager of the Month title after inspiring Watford to a perfect start to the season.

The Hornets are the surprise package of the campaign, sitting level at the top of the table with Liverpool and
Chelsea . 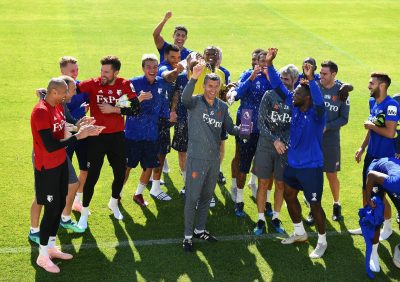 Victory over Tottenham, where they came from a goal down, was a particular surprise, enforcing the impressive nature of the side.

Gracia’s style of play has been lauded by pundits and fans alike, rejuvenating a team who were tipped for relegation by some critics